The authority released a no-questions letter stating any concerns that soy leghemoglobin, the fake meat's key ingredient, might cause adverse effects were disproved.

After some back and forth, the Food and Drug Administration (FDA) has finally declared Impossible Burger's plant-based meat safe. The vegetarian meat producing company had submitted its bleeding meat substitute for review back in 2014 but had initially been rejected.

After an extensive review of test data, the @FDA said it has “no questions” about the safety of #heme, our key ingredient. A big win for people, science & the planet. Read more: https://t.co/ABZgclM5pCpic.twitter.com/dXrOCFpZPx

At the time, the authority had expressed concerns that soy leghemoglobin, the fake meat's key ingredient, might cause allergies and other unwanted effects. That all seems in the past now as the FDA expressed full trust in the meat substitute. 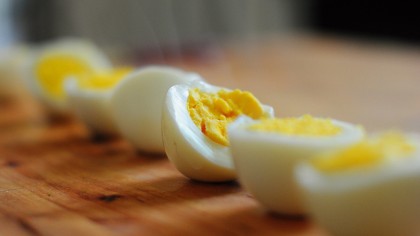 "We have no questions at this time regarding Impossible Foods’ conclusion that soy leghemoglobin preparation is GRAS under its intended conditions of use to optimize flavor in ground beef analogue products intended to be cooked,” the FDA stated. In addition, the authority posted Impossible Foods' 1,066-page submission on its website to reassure the public of any fears.

“Getting a no-questions letter goes above and beyond our strict compliance to all federal food-safety regulations,” explained in a statement Impossible Foods CEO and Founder Dr. Patrick O. Brown, also Professor Emeritus of Biochemistry at Stanford University. “We have prioritized safety and transparency from day one, and they will always be core elements of our company culture.”

The firm also reiterated its commitment to safety and transparency as well as its long history of complying with all safety regulations. Impossible Foods undertook vigorous testing on soy leghemoglobin back in in 2014, years before its products were first sold.

The company consulted a panel of leading food safety experts and also ran a rat feeding study to confirm that its key ingredient was safe. Then, in 2016, independent research further found that no adverse effects were caused in subjects even if soy leghemoglobin was consumed in amounts exceeding normal dietary exposure.

Veganism on the rise

The news comes at a good time as vegetarianism and even veganism seems to be on the rise. Most recently, Virgin Airlines removed beef from their on flight menus and startup WeWork declared itself a completely meat-free firm.

WeWork Will Save 15 Billion #Animals and 16 Billion Gallons of Water in Next 5 Years All Thanks to New Meat-Free Policy https://t.co/3zFqQguUQD#PlantBased#EatForThePlanetpic.twitter.com/BOyf0Vvzdn

The switch is fueled by both animal and environmental concerns. For its part, Impossible Foods states that producing their veggie burgers generates 87% fewer greenhouse gases than getting beef from cows.

The process is also said to use 75% less water and 95% less land. No details were given on how the company got its numbers but they could very well be correct.

An assessment by the Food and Agriculture Organization of the United Nations concluded that emissions from the production of beef and lamb are 250 times higher per gram of protein than those from legumes.

Emergency Use of 'Ineffective' Hydroxychloroquine for COVID-19 Revoked by FDA