A new robotic priest has started giving out blessings in a church in Germany. The robot priest is the centerpiece of an exhibition at the Evangelical church in Hesse and Nassau in the German town of Wittenberg. The exhibition is part of a larger program celebrating the anniversary of the Reformation in 1517. 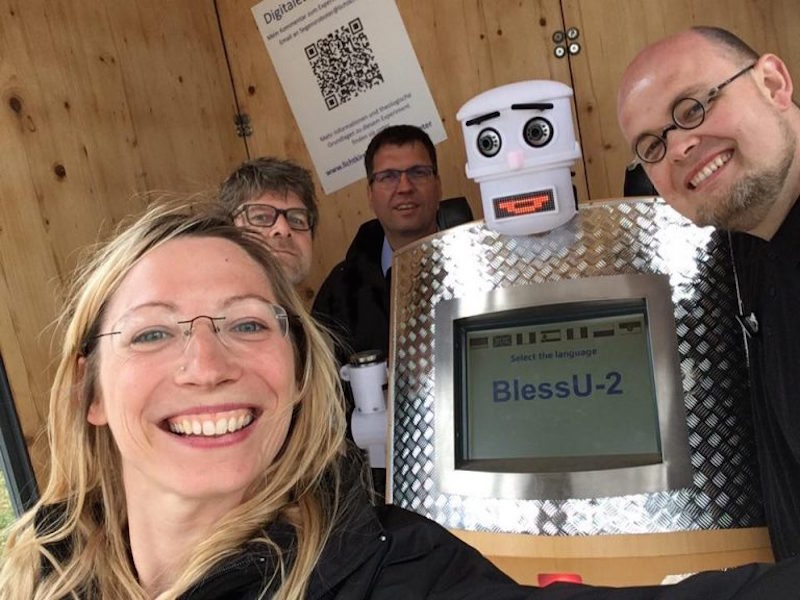 While not all churchgoers are keen on the idea of a heartless machine delivering blessings, the Evangelical church is hoping that the robotic priest with the memorable name of “BlessU-2” will be able to start an ongoing conversation about the role of technology and AI within faith.

BlessU-2 can interact with the faithful through an LED display on its chest. This allows interested parties to select Blessu-2’s voice, and choose from one of five languages. You can even select what type of blessing you are after. You can currently choose from an encouraging type of blessing or a more traditional restorative blessing. BlessU-2 waves its arms, flashes lights from its hands and offers a printed version of your blessing. 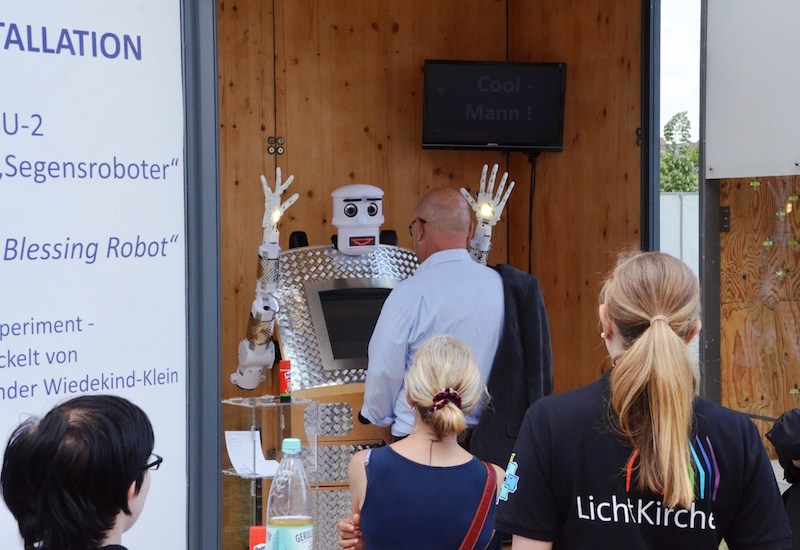 Artificial Intelligence as the church's savior

AI is playing a prominent role in our everyday lives but, for some, the church seems to be an interesting choice for AI integration. However, with only 58 men ordained as priests in Germany in 2015, perhaps this is one profession that needs enthusiastic robots the most. Robotic priests with the ability to bless and deliver sermons might be just what the faithful in Germany needs as church attendance numbers plummet. The Catholic News Agency reports that attendance to church is down from 18.6 percent in 1995 to 10.4 percent in 2015.

Not the solution just yet

While church officials have welcomed BlessU-2, they deny robots might be boosting priest numbers. Organizer of BlessU-2’s appearance Stephan Krebs of the Protestant Church in Hesse and Nassau stated. “The idea is to provoke debate,” said Krebs. “People from the street are curious, amused and interested. They are really taken with it, and are very positive. But inside the church some people think we want to replace human pastors with machines. Those that are church-oriented are more critical.”

Krebs said they are collecting data on the response to BlessU-2 and are examining ways they can boost the number of priests without turning to robots. BlessU-2 isn’t the first religious robot.

Last year a Buddhist temple on the outskirts of Beijing unveiled a robotic Buddhist Monk with the ability to chant mantras and explain the basic principles of the religion.

Can You Boil Water by Lifting It to Unreasonable Heights?