This new therapy could become a powerful method to treat the millions of people suffering from some form of retinal degenerative diseases.

The therapy could be available within three years and could be a great option for those suffering from age-related retinal degeneration, or the loss of sight.

Currently, there are 170 million people around the world who suffer from retinal degenerative diseases, with each person suffering from a wide range of visions loss.

Aside from partial or complete blindness, the loss of sight affects these individuals on a daily basis impacting the ability for these people to be independent as well as making it difficult for these people to complete simple tasks like walking, reading, and driving, even extending its effect to the person’s mental health.

Treatments for any sort of retinal degeneration, are extremely limited. However, new research conducted by a team from the University of California-Berkeley offers a glimmer of hope for those suffering from the degenerative disease with the promise of potential treatment within three years.

"You would inject this virus into a person's eye and, a couple of months later, they'd be seeing something. With neurodegenerative diseases of the retina, often all people try to do is halt or slow further degeneration. But something that restores an image in a few months -- it is an amazing thing to think about”, says Isacoff

How do scientists plan to give sight to the visually impaired? The answer may be found in gene therapy. Published in the March 15 issue of Nature Communications, the experiments led by, Ehud Isacoff, a UC Berkeley professor of molecular and cell biology and director of the Helen Wills Neuroscience Institute, centered around blind mice.

The process used to combat the vision issues in the blind mice was both elegant and relatively simple. Using an inactive virus, the scientists were able to insert a gene for a green-light receptor into the eyes of blind mice.

After a month the mice were able to navigate around obstacles with little to no vision issues. Even more so the newly healed mice were able to see motion, fine detail and a wide range of brightness changes. What is even more exciting is that this gene-therapy could be available in as little as three years.

A person with any form of retinal degeneration would be able to gain some aspects of their lifestyle back, gaining the ability to read, participate in activities, and watch their beloved youtube videos after the treatment. 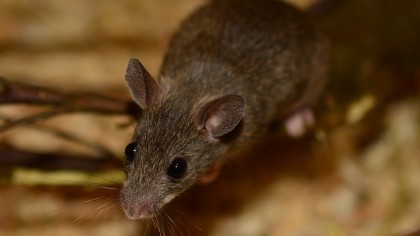 Currently, the only real option for someone with some form of retinal degeneration is to use an electric eye implant hooked to a video camera that is attached to a pair of glasses. This gene therapy treatment could make that obsolete.

Who knows, this could be a great option for you if your eyes are starting to get a little fuzzy as you age. Would you be willing to try a treatment like this if it were on the market today?