Blindfolding Doctors During Simulation Training Improves Their Ability to Save Lives

The Geneva based study sheds light on the importance of verbal communication during medical emergencies.

Never underestimate the power of the blindfold. Sort of like some medical version of a Mr. Myiagi martial arts training session, doctors have recently discovered that the pediatric team leaders who are actually wearing a blindfold during resuscitation training improve their leadership skills. This simple method could help future pediatric leaders save lives.

Simulation training plays a huge role in training pediatricians. Like any field or set of skills, pediatrics require countless hours of preparation and practice, even more so, as these doctors deal with young lives.

In the study led by Dr. Michael Buyck of the Geneva University Children's Hospital, Switzerland, Dr. Buyck wanted to help train doctors to feel comfortable to lead cardiac arrest teams. Though cardiac arrests are rather rare in the field of pediatric, properly being prepared is a concern for a lot of doctors.

"50% of residents report feeling inadequately trained to lead cardiac arrest teams in an internal medicine study because such events are too rare”, says Dr. Buyck. “And pediatric residents receive even less exposure to resuscitation attempts than the average."

This is where simulation training comes into play.  This method of training helps prepare medics for these rare scenarios appropriately and efficiently. However, the unexpected addition of a blindfold has proven to be even more beneficial during the training process for medical professionals.

As a way to maximize skills gained, researchers decided to blindfold some pediatric leaders during a twelve team simulation study. The method to this madness? The belief was that by blindfolding some team leaders, it forced these same leaders to verbalize the steps needed to deal with their current medical situations. 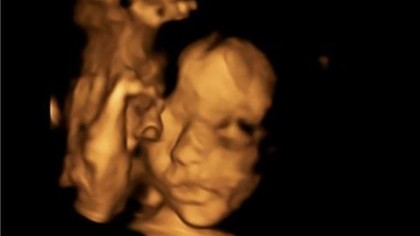 Doctors Operate On Fetus' Spine While It's Still in the Womb

"Having a blindfolded leader requires other team members to verbalize all the important data and explicitly acknowledge instructions.

“Indeed, comparing simulation 5 with simulation 1 we found that teams who trained with a blindfolded leader became more likely than controls to respond to instructions with audible confirmation of receipt and completion of the task”, says Dr. Buyck.

Blindfolded leaders actually increased their leadership ratings by 11% during the study compared to other groups, with no increase in stress or decrease in satisfaction in the blindfolded group.

Dr. Buyck hopes to look at these promising results further, stating “Larger trials with long-term follow up are warranted based on these promising initial results. Supporting measures, like eye tracking to assess visual distraction in non-blindfolded leaders, could also help to determine how blindfolding affects leadership."

Olympics of the Future: Technology Will Make Everyone's Lives Easier

The Future of Mobility Solutions Will Be Enhanced by Big Data