Scientists have released an initial report on research that could have a big impact on the early detection of lung cancer using a simple blood test.

A preliminary report from the ongoing Circulating Cell-Free Genome Atlas (CCGA) study has shown evidence that a test which analyzes free-floating DNA in the blood may be able to detect early-stage lung cancer.

"We're excited that the initial results from the CCGA study show it is possible to detect early-stage lung cancer from blood samples using genome sequencing," said lead study author Geoffrey R. Oxnard, MD, of Dana-Farber Cancer Institute. "There is an unmet need globally for early-detection tests for lung cancer that can be easily implemented by health-care systems.

These are promising early results and the next steps are to further optimize the assays and validate the results in a larger group of people." Early diagnosis could dramatically improve survival rates for lung cancer.

The blood test could be conducted in a GP’s office and have a huge impact on cancer survival. Before the test is available to the wider public it will go through more rigorous studies with larger datasets.

The wider study would involve volunteers who have not been diagnosed with cancer, researchers say. Tests that analyze cell-free DNA are already used in cancer treatment, known as ‘liquid biopsies’, these tests assist doctors to choose targeted therapies for cancer sufferers.

However, until recently, the possibility of using these tests as an early diagnosis tool had not been explored. The CCGA study is using 15,000 participants across 141 sites in the United States and Canada to undergo its research. 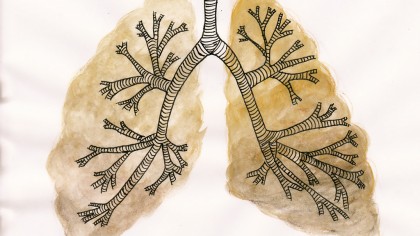 The recent report was derived from the first sub-study from the CCGA. The sub-study saw three prototype sequencing assays were performed on blood samples from approximately 1,700 participants.

Researchers explored how the three assays could detect cancer in 127 people with stage I-IV lung cancer. The study's initial results showed that in combination the three assays did have the ability to detect lung cancer with a very low rate of false positives.

A false positive result is when the test indicates cancer when the person does not have cancer. 580 people in the study did not have cancer at the time of testing, five participants (less than 1 percent) had cancer like- signals across all three assays.

Of these initial five, two were later diagnosed with cancer. The researchers will now verify the results of this initial study with a larger group of 1000 participants from the CCGA. They will then continue to optimize the assays and test in even larger datasets.

Scientists Say Mercury Could Be a 'Relic' of the Early Earth