A fire tornado or a fire whirl is a whirlwind created by intense rising heat and turbulent wind conditions comprises flame or ash. Fire tornadoes occur during urban and wildland fires. They are often destructive, threatening life, property and the surrounding area.

A blue fire tornado or blue whirl is a type of fire tornado with the ability to burn almost soot-free. Researchers believe that the “blue whirl” could be the solution to cleaning up oil spills. 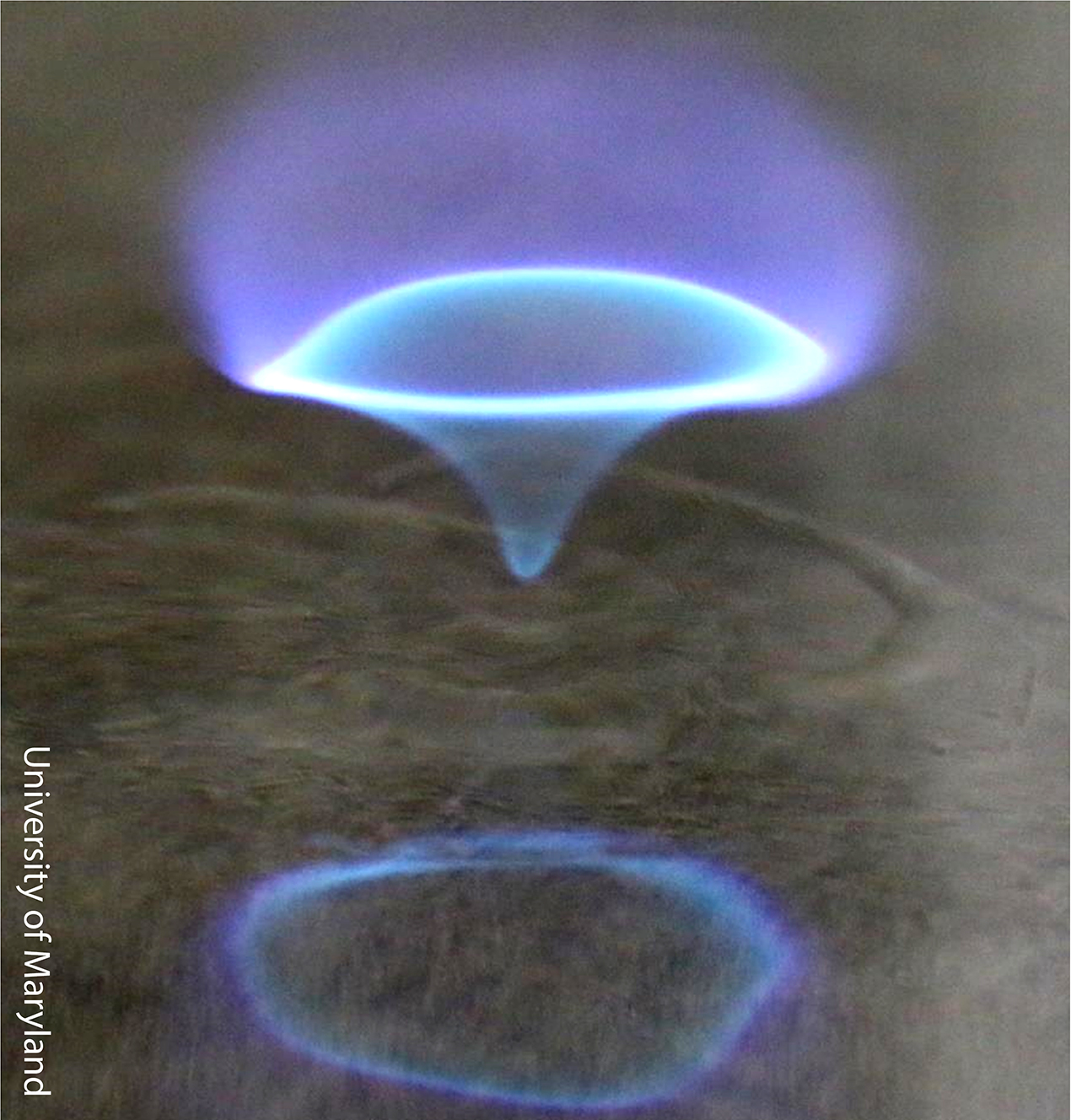 Elaine Oran, a researcher at the University of Maryland, said “Blue whirls evolve from traditional yellow fire whirls. The yellow color is due to radiating soot particles, which form when there is not enough oxygen to burn the fuel completely.”

According to Oran, “Blue in the whirl indicates there is enough oxygen for complete combustion, which means less or no soot, and is therefore a cleaner burn.”

Researchers at the University of Maryland discovered the new type of flame while they were studying the fire tornadoes. Their research involved the combustion and burning dynamics of fire whirls on water.

According to Michael Gollner, an assistant professor of fire protection engineering at the University of Maryland, "Fire whirls are more efficient than other forms of combustion, because they produce drastically increased heating to the surface of fuels, allowing them to burn faster and more completely."

The researchers tested the blue whirls on the surface of water. Gollner said that the blue whirls burn cleaner and also help pull in the fuel due to the flames' circulation.

The swirling blue flame made researchers believe that they could find a practical application for the fire tornado. The blue whirl produces less combustion emissions which according to scientists could be a solution to "the worldwide need to reduce emissions from both wanted and unwanted combustion".

One type of practical application for the fire tornado is that it could assist in the cleanup of oil spills. The current oil cleanup technique is to corral the oil. This creates a thick layer of oil on water's surface. This layer of oil is then set alight. The problem with this method is that it leads to the release of a significant amount of smoke. Thus, this method is called inefficient and incomplete by researchers.

In 2016, 6,000 tonnes of oil was lost to the environment through tanker incidents, which naturally required an efficient cleanup method. Researchers believe that by harnessing and controlling the blue whirl, oil-spill remediation-by-combustion could be greatly improved.

Scientists hope that re-creating the blue whirl on a large scale will facilitate the cleaning of oil spills which threaten the marine life.