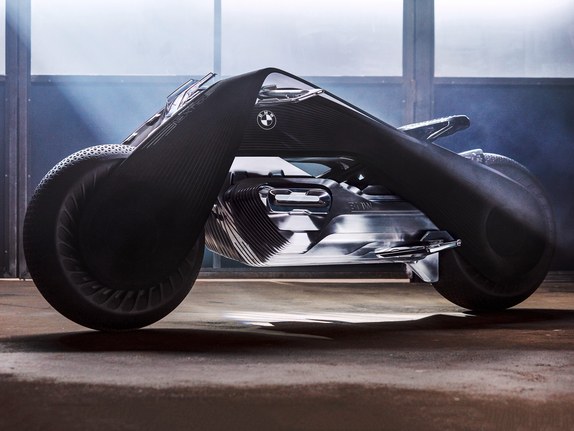 German automakers BMW have a century of designing revolutionary vehicles. Their latest promotional video shows they plan on being around for another century at least.

Motorrad Vision Next100 debuted yesterday in Los Angeles to excited fans and an intrigued public. BMW said they want to reconnect riders with the intimacy of riding.

“Riding a motorcycle is the ultimate sensual and analog experience in a more and more digital world,” said Edgar Heinrich, BMW Motorrad’s head of design. “The wind in your hair, the centrifugal forces, the indescribable feeling in pit of your stomach.” 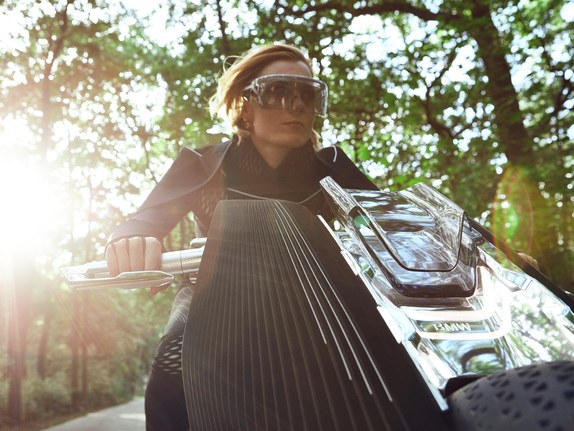 BMW also purports this bike will be the safest on the market, despite riders not using a helmet. Driver assistance continually monitor the environment, route, speed and angle of turns for the rider. Gyroscopes keep the bike upright even when stopped.

“The vision vehicle will act with foresight and is able to protect the rider at any time,” Heinrich said.

However, BMW has yet to dissuade riders from neglecting all helmets. The visors, however, are a must-wear. They serve as communication tools between rider and bike by displaying navigation and speed on the display. 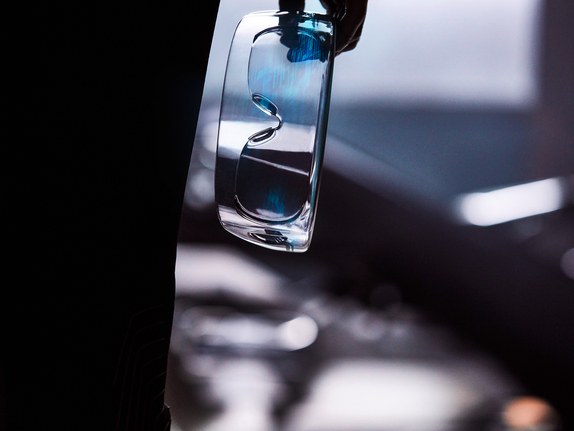 “The bike has the full range of connected data from its surroundings and a set of intelligent systems working in the background, so it knows exactly what lies ahead,” said Holger Hampf, BMW's head of user experience to Bloomberg.

If you need more information during your journey, glance down at the bike's menu for more options, dubbed the "Digital Companion" by BMW. You can even get a map of your location glowing in blue. 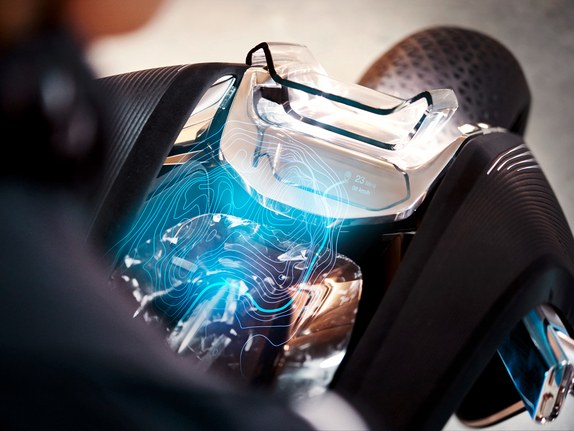 The cycle certainly doesn't look like the typical Hell's Angels Harley Davidson. The black triangle frame is meant to look like the 1923 R32 - BMW's first motorbike. For Tron fans, the bike could easily be compared to the light cycles used throughout the 1982 film.

Its sleek "flexframe" lacks the joints of today's motorcycles. When a user turns the handlebar, the frame gets adjusted to change the direction of the bike. Low speeds only require a slight input, while high speeds require more to change course. BMW hopes this increases safety. Matte black coloring only adds to its posh and futuristic-looking exterior.

BMW also effectively said "leather jackets are out" when they debuted a sleek new flexible suit. The lightweight material cools or heats the rider. It can even vibrate against a wearer's skin if danger is detected. 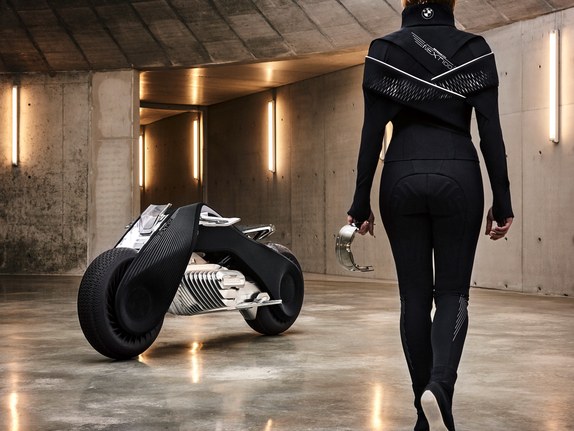 The Future is Coming

When will BMW debut such a modern marvel? Well, they haven't said yet. The company has been quiet about details of production, including exactly how the bike will be powered.

“Normally when we develop a motorcycle, we tend to think five to 10 years in advance,” Edgar Heinrich, head of design at BMW Motorrad, said in a press statement. “On this occasion, we looked much further ahead and found … some very attractive prospects.”

To read the full BMW vision, check out its website.