For so many years, the automotive industry focused on the technical aspects of autonomous vehicles. Self-driving technology can easily be deemed the future. However, BMW decided to unveil what the aesthetics might look like with self-driving cars rather than the autonomous technology itself.

BMW debuted the Inside Future concept at CES 2017 in Las Vegas, Nevada. While most traditional concept cars have full hoods and exteriors, the BMW body lacks most of the structure. And for good reason, as BMW designers clearly wanted to show off a unique and fresh new interior concept. 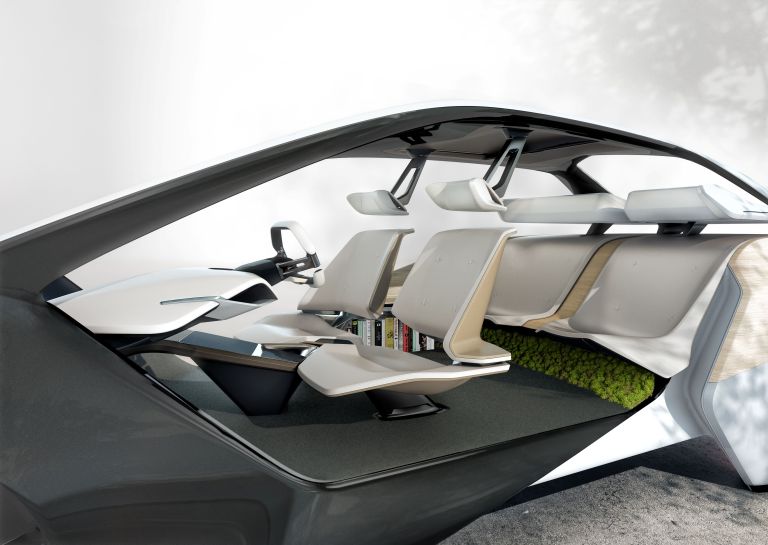 The cabin has four wide (and extremely comfortable-looking) seats. There's even a throw pillow on one row. And yes, that is a small bookshelf you see between the front and back rows. Despite the rather cozy feel, the cabin maintains an open and airy design.

BMW would also include HoloActive technology when the car projects a 3-D image onto the console.

"For years the BMW group has been a pioneer for automotive connectivity and digital system with a clear goal to make mobility simple and flexible," said Klaus Frolich, a member of BMW's Board of Management.

The design of the car clearly assumes that autonomous driving comes a lot sooner than BMW's own expected 2021. The company even spent time telling people everything they could do other than watching the road while your car drives for you. Even the most confident autonomous car makers still suggest keeping a ready eye on the road in the event the driver would need to take the reigns of the car.

However, BMW understands this "holy grail" of self-driving cars will be hard to reach.

"How do we replace the human brain's recognition and decision making with an intelligent system?" Frolich said.

Despite those problems, the future of autonomous driving certainly looks comfortable.

You can see some exterior samples here on the BMW Next 100 Years website.