On top of releasing a wide range of cars, at the 2018 Detroit Auto Show BMW announced its plans to compete with electric car company, Tesla. 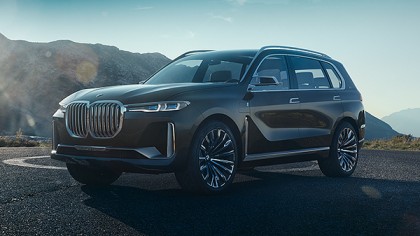 There was a common misconception that to create an electric vehicle you need to compromise the power of a car. Tesla changed this idea. Elon Musk's company has shown the world that electric vehicles can not only be powerful high-performance vehicles but that they can be engineered to outperform most midlevel and high-level automotive vehicles.

On top of the iNext, BMW showcased some of their electric cars to be released in the near future like the 2019 i8 coupe and i3s as well as the concept X7 iPerformance.

What's Next for BMW?

BMW is coming for Tesla's Model 3. For the uninitiated, the Model 3 is Tesla's more affordable, smaller and simpler electric vehicle, compared to the company's flagship, premium sedan, the Model S.

BMW's answer to the Model 3 will be the iNext, an electric-autonomous vehicle boasting an unheard 435 miles of range because of its ability to hold 120kWh batteries.

To put that into comparison, the Model 3 and Model S only has a range of about 310 miles and 335 miles, respectively.

Confirmed at the 2018 Detroit Auto Show, BMW officials announced that later this year the automaker will release the iNext SUV prototype, a vehicle that the company plans to put on the road in 2021. The car's design will be modeled off of the automaker's current SUV, the BMW x5.

Ian Robertson, Head of Marketing and Sales at BMW, made it very clear that he was unafraid of the Tesla Model 3 earlier in 2017. Even more so he described BMW's ambition to compete in the electric car space. “In many ways, I’m very supportive of what Tesla has done,” says Robertson. "The world needs that sort of new competitor. That isn’t to say that we’re not going to be very competitive with them as well, of course—but Elon Musk has achieved a lot, and I admire what he has done.”

The iNext will also include SAE Level 3 autonomous capability when it hits the market, giving the car the ability to drive itself as well as offer consistent on-road feedback to the driver. Even more excitingly, one year following the iNext release, the car will have level 4 autonomy, allowing drivers to safely take their eyes off the road and hands off the wheel.

Building on the momentum of their announcement, BMW showcased their new 2019 BMW i8 coupe as well as a few of their upcoming reiterations of their latest electric vehicles.

The electric aircraft Alia just completed a trip of 1,400 miles