BMW has just announced their latest range-topping saloon in the form of the M550i xDrive Sedan. This vehicle combines a high performance luxury business aesthetic with an efficient power delivery system. The latter incorporates BMW’s all-wheel-drive ‘xDrive’ system that was previously used on the X1, X3, X5 and X6 models. 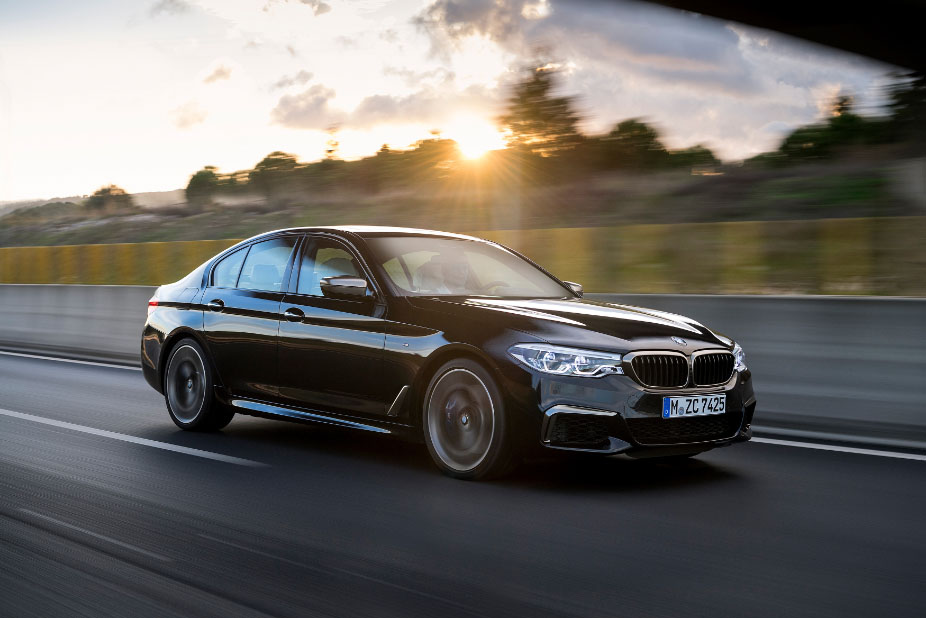 The BMW M550i’s power is distributed between front and rear in a 40:60 ratio while dynamically adjusting according to the road's surface. The M chassis combined with a 4.4-litre TwinPower Turbo V8 engine means the M550i can go from 0 to 60 mph in under 4 seconds, making it the fastest BMW 5-series to date.

What is TwinPower Turbo technology?

According to BMW, it is the combination of “High Precision Direct Fuel Injection, Double-Vanos variable camshaft timing and VALVETRONIC variable valve timing along with twin-scroll turbocharging”.

In simpler terms, BMW has managed to improve the performance of an engine without increasing the displacement. BMW has essentially achieved an increase in efficiency by reducing the size of the engine and therefore the fuel consumption. The video below explains this in more detail.

But ‘efficiency’ doesn't mean reduced performance. The M550i powerhouse delivers 456 horsepower and 480 lb-ft of torque. That’s like strapping a VW polo to each of the M550i’s 19 inch (or optional 20 inch) M light-alloy wheels. In addition, the adaptive M sports suspension sets the M550i 10mm’s closer to the tarmac; providing precision handling round the track, where it might feel quite at home. 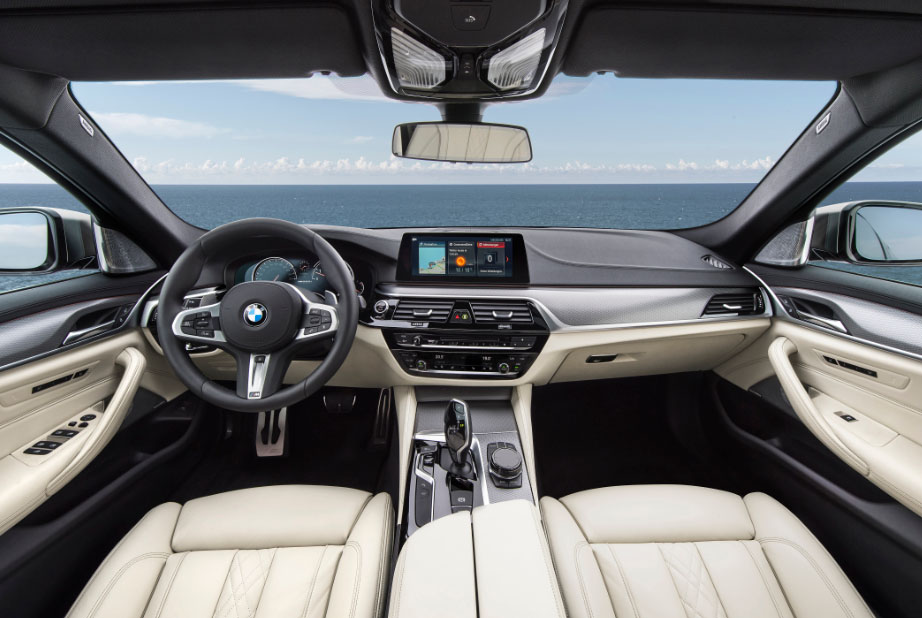 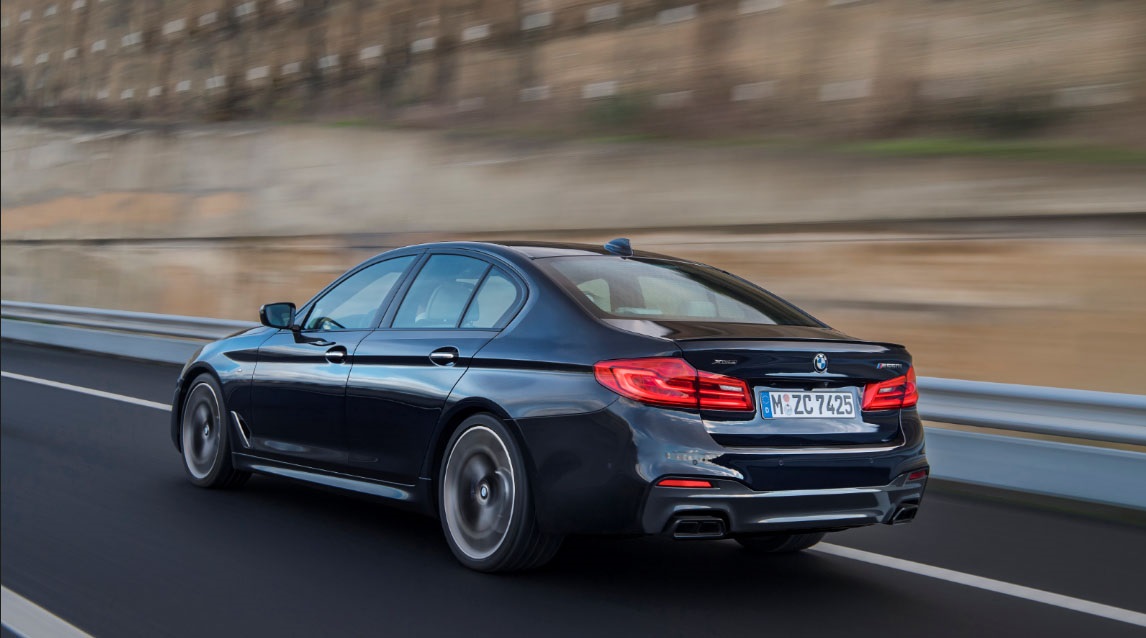 The M550i is also fitted with BMW’s connected drive which allows the driver to control various aspects of the car via an app on a mobile device such as an iPhone, tablet or smart watch. The connected drive shares route information with the driver. This might include available on-street parking details that help the driver locate the most likely available parking spots.

Upon reaching the parking bay, the app ‘ParkNow’ can reserve and make the necessary payments. All of this is visible via the 10.25” iDrive display. Once the driver has parked, the optional display key can even help guide the user to their destination on foot. Connected drive thereby acts as a bond between the driver and the car. 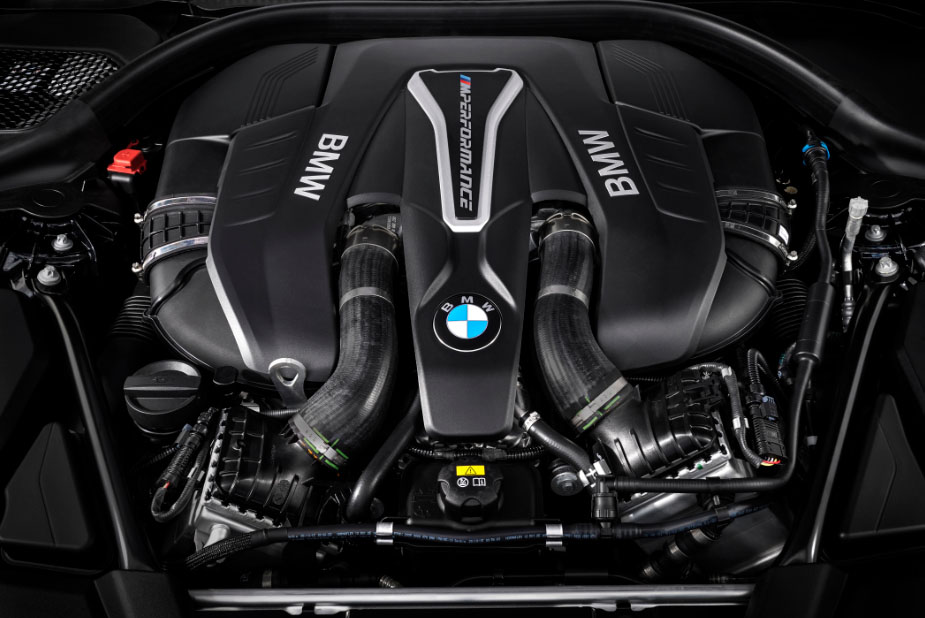 BMW will start selling the M550i xDrive early in 2017 with an estimated retail price of $90,000+. This will put it in competition with the Mercedes E43 AMG and Audi RS7. Only time will tell which of these luxury cars wins favour in the fast-paced world of business executives.

SEE ALSO: Does Driving a Tesla Actually Save You Money?