Boaty McBoatface the Submarine Prepares for its First Day at Sea

First, he earned a name that many never expected him to seriously have. Now, Boaty McBoatface will have a chance to shine as it takes on its first underwater mission.

This yellow submarine will set out later this week to Antartica where it will autonomously explore the depths of several locations.

Initially, Boaty's name resulted from a very public win in a poll for the UK's polar research vessel. However, much to the disappointment of the public, British authorities didn't think the £200m project (nearly $300M USD) should carry the name. Instead, they redirected the name to three new vehicles at the National Oceanography Center (NOC). 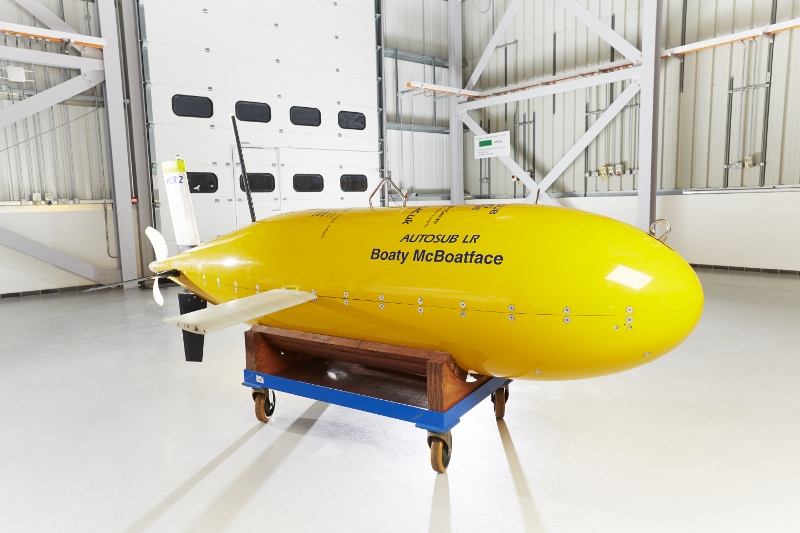 Boaty actually refers to all three autonomous submarines used by the NOC for arctic exploration. Boaty No. 1 will head out later this week with Britain's RRS James Clark Ross. Boaty will explore the conditions of Orkney Passage - a 3,500m-deep gap. The information gathered by the submarine will contribute to the NOC's understanding of oceanic bottom-warming. Projects like Boaty allow oceanographers and climatologists to understand how much the ocean temperature has increased below 700 meters in depth.

"One of these is sea-level rise because if you make water warmer obviously it expands and that pushes the sea level up,"  said British Antarctic Survey's Mike Meredith to BBC News. "But it also has relevance for benthic ecosystems. So, the animals that live on the seabed can typically cope well with low temperatures but not all of them can cope with changes in temperatures. The fact that this water has been getting warmer may have significant consequences for these animals."

Boaty's siblings are currently being prepared for their own voyages. Researchers hope to send the other two autonomous submarines out to determine how far and long they can safely patrol the oceans. This could push the boundaries of autonomous oceanic exploration.

"Having three Boaty vehicles in the fleet means we can cover a much wider range of environments and geographic locations than we could with just one," said NOC's Prof Russell Wynn.

And as for Boaty's former project - the ship that now holds the name RRS Sir David Attenborough - it is scheduled to set sail in 2019. While the RRS Attenborough won the money, the Boaty McBoatface project continues to win the interest and attention of people around the world.

First Day of Spring Starts Thursday, the Earliest It's Been in 124 Years