The internet is an amazing connective tool, and it allows things to happen that otherwise would have never been considered before. When the National Environment Research Council (NERC) hosted an online poll to name their new US$300 million state of the art research ship, they probably didn't expect that the winning entry would be "Boaty McBoatface." Yes, you read that correctly. The name was jokingly presented by former BBC radio presenter James Hand, and he really didn't expect it to go this far.

We'll announce the name of our new polar research vessel in due course. Follow @nercscience for updates #NameOurShip pic.twitter.com/mgSZ4gCDNL

The polls just closed late Sunday evening, and "Boaty McBoatface" won in a landslide victory, gaining 124,109 votes. While this is hilarious, and proof that the internet is awesome, the NERC faces a tough decision that could anger many, according to the Guardian.

Their ships are traditionally named after prestigious people, and this new name could mark a shift off of that tradition. Not to mention that the credibility of such an organization could be tarnished when their flagship vessel is named the RRS Boaty McBoatface. You would never expect a ship with that name to be conducting groundbreaking research in the Arctic. 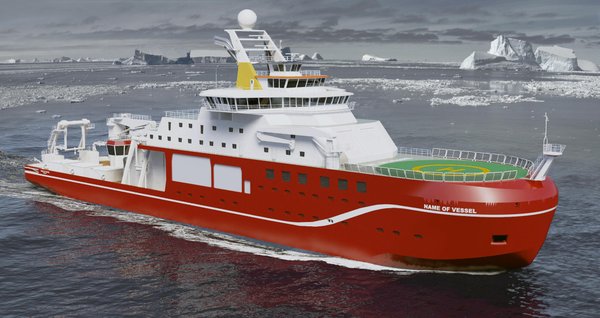 By no means did James Hand cause this naming event to happen, he simply suggested it and the internet took it and ran. This hilarious name has even resulted in a racehorse being named "Horsey McHorseface." There isn't any guarantee that the research ship will be named "Boaty McBoatface," but the NERC is likely to face a lot of backlash to the decision if they decide not to.

Thanks to everyone who took #BoatyMcBoatface in right spirit. Final say goes to @NERCscience, and there's plenty of worthy winners.

This naming saga just goes to show that you can't give the internet freedom and expect them not to take every little bit. There's no word yet when the ship will be officially named, but I can say I am hoping to hear about the RRS Boaty McBoatface's new discoveries in the near future.