The flight data from Ethiopian Airlines flight 302 has been recovered from the airplane’s black boxes, and the data shows “clear similarities” to the crash of Lion Air flight 610 in October of last year, also a Boeing 737 MAX 8 Aircraft.

Ethiopian Airlines flight 302 crashed minutes after takeoff from Addis Ababa on March 10, killing all 149 passengers and 8 crew members. Initial reports indicated that there might have been similarities between the Ethiopian Airlines flight and Lion Air flight 610, which crashed into the Java Sea shortly after takeoff, killing all 189 people on board.

Both planes, Boeing 737 MAX 8s, were relatively new aircraft, having only been in service for a few months before they crashed. The 737 MAX 8 is one of Boeing top-selling aircraft and is flown by airlines around the world, so as concerns about possible safety issues with the plane, countries around the world started grounding the aircraft.

SEE ALSO: EVERYTHING YOU NEED TO KNOW ABOUT THE

Ultimately, the United States and Canada followed much of the world and grounded the aircraft on Wednesday of last week.

Now, according to the French investigators who downloaded the flight data from Ethiopian Airlines flight 302, the recovered flight data also shows evidence of similarities between the two.

Investigators have zeroed in on a specific system on the Boeing 737 MAX 8 that may be behind both the Lion Air and the Ethiopian Airlines crashes.

A Rushed Certification May Be A Systemic Failure

According to a bombshell report by Dominic Gates in the Seattle Times, a series of events may have compounded one another, leading to the tragedy.

Gates reports that in 2015, Boeing was eager to introduce its newest 737 model, the MAX 8, in order to compete with the Airbus A320neo.

Apparently responding to pressure from Boeing to speed up its safety certification of the aircraft, US Federal Aviation Administration (FAA) managers put pressure on the FAA’s team of safety engineers assessing the aircrafts safety to speed up their assessments or to delegate the safety testing back to Boeing itself, which is allowed under US law.

According to Gates, the original safety report on the flight control system for the 737 MAX 8, the Maneuvering Characteristics Augmentation System (MCAS), that Boeing gave the FAA which the FAA then relied on to certify the plane as safe to fly, features several critical flaws that directly implicate the two crashes under investigation.

Suspicions have fallen on the MCAS anti-stall function after erratic flight patterns were seen in both the Lion Air and the Ethiopian Airlines crashes. This function relied on a single sensor to measure what’s known as the airplane’s Angle of Attack (AOA). This is the difference between the flow of air under the wing and the angle of the wing itself.

If the AOA is too steep, the plane risks stalling during an ascent with could be catastrophic, so when such a condition is detected, the MCAS automatically alters the position of the horizontal tail of the plane in order to lift the tail of the plane up.

Gates’ reporting indicates that this movement in the tail was seriously understated in the Boeing report. The horizontal tail actually moves 4 times as far as Boeing originally indicated.

This is the “tug-of-war” that investigators are seeing in both the Lion Air crash and the Ethiopian Airlines crash. In the Lion Airlines flight, the pilot tried to pull up 21 times, only to have MCAS apparently shove the nose of the plane down again, in the minutes just before the plane crashed.

Lastly, Gates reports that Boeing assessed a failure in this MCAS system as “hazardous,” one level lower than “catastrophic,” though he notes that even a hazardous failure assessment should have prevented this system from being activated based off the input of only one sensor, but that is exactly the system that Boeing built.

Gates said that “[b]oth Boeing and the FAA were informed of the specifics of this story and were asked for responses [on March 6 or March 7], before the [crash of Ethiopian Airlines flight 302].”

Another issue was Boeing’s desire for the 737 MAX 8 to the same “type rating” as earlier 737 models, according to Gates, so that if a pilot was qualified to fly an earlier 737 model, they would also be qualified to fly the 737 MAX 8, saving airlines money in terms of additional pilot training. This “savings” would be a big plus in the column of Boeing’s aircraft over their rival Airbus.

The problem is that the MCAS in the 737 MAX 8 was a new system that didn’t exist on earlier models so pilots who were qualified to fly an earlier 737 would have no experience with the anti-stall system.

According to Dennis Tajer, a spokesperson for the pilot’s union Allied Pilots Association at American Airlines, the training he received in order to transition from the older 737 NG cockpit model to the newer 737 MAX was largely confined to an hour-long, iPad-based training session, with no time in a cockpit simulator. 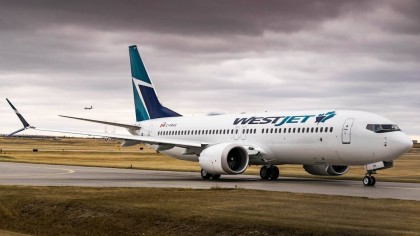 According to a report by one pilot to the Aviation Safety Reporting System, the MCAS was not adequately described to pilots in the flight manuals or later directives: “The recently released 737 MAX8 Emergency Airworthiness Directive directs pilots how to deal with a known issue, but it does nothing to address the systems issues with the AOA system.”

This report concluded with a scathing criticism of Boeing and the FAA: “I think it is unconscionable that a manufacturer, the FAA, and the airlines would have pilots flying an airplane without adequately training, or even providing available resources and sufficient documentation to understand the highly complex systems that differentiate this aircraft from prior models.

“The fact that this airplane requires such jury rigging to fly is a red flag. Now we know the systems employed are error prone--even if the pilots aren't sure what those systems are, what redundancies are in place, and failure modes.