Boeing 777 Made Entirely of Manila Folders Will Amaze You 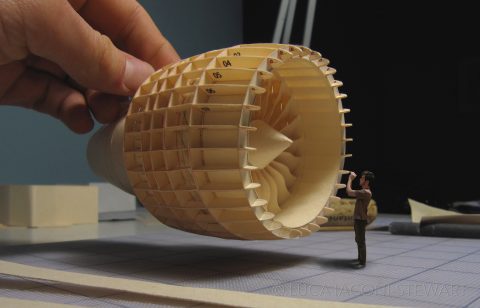 Luca Iaconi-Stewart, the designer that Wired claimed was The World's Best Paper Airplane Maker has been working on a Boeing 777 made entirely of manila folders for over 8 years. He is still working on it to this day. He had a few interruptions like college, but he appears to be back working on his Boeing 777 model. His YouTube channel reveals that he uploaded the Wing Update Slat test video just last month. He began working on the intricate 1:60 scale model while a junior at a San Francisco high school in 2008. 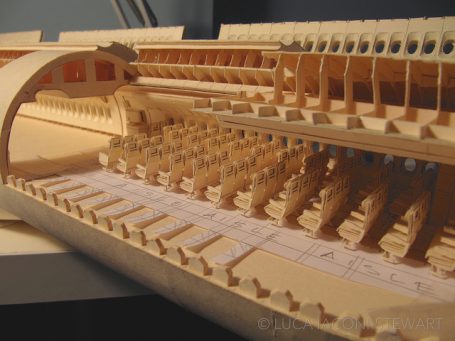 The idea for the project was born while he was in a high school architecture class. He then found a highly detailed diagram online of an Air India Boeing 777. He used Adobe Illustrator and began printing the detailed schemata on manila folders. Then he used an X-Acto knife and glue to create all the parts. He said he devoted an entire summer just to completing construction of the passenger seats. The details are so intricate that even the retractable landing gear looks almost like the real thing. He did concede that the hardest parts to create are the round structures, like the wheels. He's also had to create several elements multiple times due to structural failures. 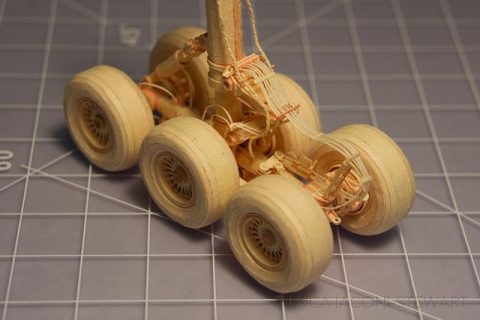 He dropped out of Vassar in order to devote more time to the creation of his model airplane. Luckily, he has the good fortune of having extremely forgiving and understanding parents. Back in 2014 he made it into many of the news outlets like Wired, CNET, CNN, The Independent and Business Insider. Then, after becoming somewhat famous, Singapore Airlines took notice of him in 2015 and commissioned him to create one of its airplanes out of paper for a social media campaign:

It took Luca 1,000 hours, 100 manila folders, 50 X-Acto blades, and an entire bottle of glue to create the Singapore Airlines A380 model. I'm rather surprised that more companies haven't leveraged the amazing engineering and architectural abilities of Luca. To stay up-to-date on Luca Iaconi-Stewart's latest work, check out his YouTube channel.

If you missed seeing Luca's Boeing 777 paper airplane a few years ago, check out this video for an overview. You will probably be completely blown away by the intricate details: 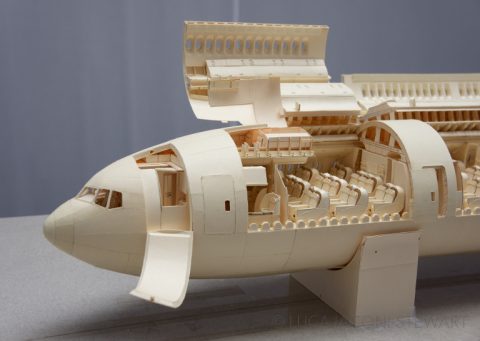