It is important for planes to do regular test runs. But, let's face it, these routine flights might get kinda boring. But not if you elaborately plan an awesome route across 22 states of the US and leave a really cool test flight record. That is exactly what engineers at Boeing did this week when they sent out a 787 Dreamliner for an 18-hour endurance test across America. Instead of doing a loop or a random pattern, the flying route outlines a 787-8 plane. The plane outline covers 22 states, its nose points towards Boeing's Headquarters in Washington while its wings stretch from Michigan to southern Texas. And, the plane's tail dips into Alabama. 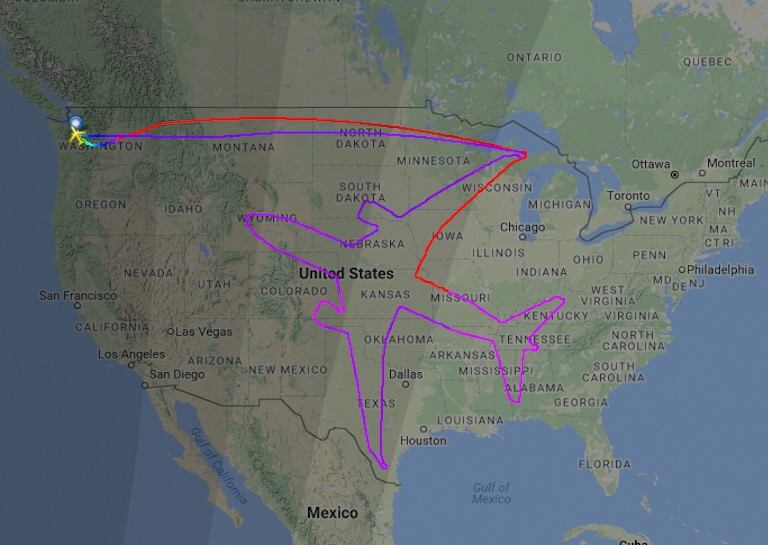 Every day almost 100,000 flights take off around the world traveling to their destinations in routes that reduce turbulence and economize on fuel. So when airlines or aerospace companies get creative it is a lot of fun. Particularly for airplane fanatics who are tracking flights via online tracking services like FlightAware and FlightRadar24.

Boeing is getting a reputation for injecting fun into their test runs. Earlier this year, when they send their 737 MAX out for a mandatory eight-hour test flight, they did another kind of self-portrait, spelling out MAX in huge letters across Washington and Montana.

Because the @BoeingAirplanes 737 MAX’s ‘MAX’ needed a gif too.

The most recent 787 self-portrait seems to have been inspired by a flight route which spelled out 787 and the Boeing logo about five years ago. 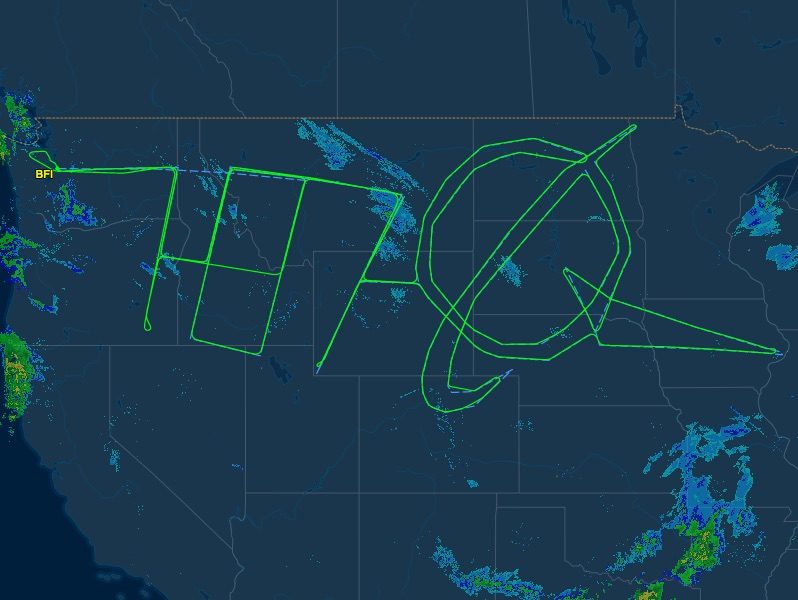 Hobby pilots get creative too

Though it seems it isn’t just the big names in aviation that are getting creative. A mysterious German pilot has a reputation for complex flight paths. Late last year, he was tracked on Flighradar24 on a 37-minute flight that spelled out ‘hello’ over the Niedersachsen region of Germany. The pilot used a privately owned Robin DR400/180 Régent aircraft to spell out his friendly greetings. It is thought the same pilot had previously flown flights that inscribed a love heart and the outline of a planet.

His flights are all about the route rather than the journey as they start and end at the same airport.  A spokesperson for the route tracking site said, "We'll continue to watch D-EFHN to see if the pilot decides to expand into other images or patterns."

Flightradar24 began as a hobby project for two Swedish aviation fanatics. They decided to build a network of ADS-B in Northern and Central Europe, that would allow them to track flights. In 2009, they opened up the website for anyone with ADS-B data to upload to the site. It is now one of the most popular places to track flights online.