The Boeing company has just opened a brand new 737 factory during US and Chinese tense trade negotiations.

The world's largest planemaker, Boeing, has opened a brand new 737 factory in China, this past week.

Though the opening of the plant was celebrated with a lavish ceremony, the historic moment was still overshadowed by the tense economic relationship between the United States and China, illustrating Boeing’s commitment to the competitive Chinese market.

With the first plane already delivered to state carrier Air China, the new location of the 737 factory is in Zhoushan about 290 km or 180 miles southeast of Shanghai. Boeing wants to grab a hold of the competitive Chinese market and compete with similar investments made by Boeing Company’s biggest competitor Airbus.

The Chinese market is one of the fastest growing aviation markets in the world, soon to overtake the United States in the coming decade. Being the United State's biggest exporter of jetliners, Boeing has delivered more than one out of every four jetliners to Chinese customers.

Currently, Boeing expects to deliver 7,700 new airplanes to the Chinese over the next 20 years valued at $1.2 trillion.

The new factory and delivery of the plane was a huge event. As stated by Zhao Yuerang, president of COMAC, "This is a significant milestone of Boeing's efforts to deepen its footprint in China, as well as to support the growth of China's airline industry, opening an era of the collaboration between the two airplane manufacturers of us."

The new factory cost the aircraft company $33 million last year to take a majority stake in a joint venture with state-owned Commercial Aircraft Corp of China or COMAC. The 666,000 sq ft on 100 acres is designed to support and complete the entire 737 MAX family of airplanes, from the long-range MAX 7 to the high-capacity MAX 10.

Trade frictions have been at an all-time high between the United States and China, hurting businesses on both sides. The Boeing Company's milestone could prove to be the positive event needed to help combat the economic issues between the countries. 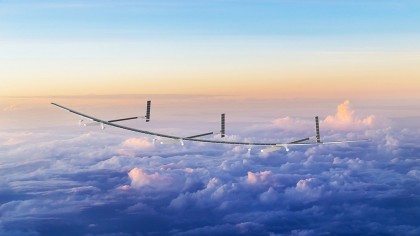 It will be interesting to see how the Chinese and United States relationships could eventually affect other businesses but this new milestone seems to be a positive step in the right direction for the Boeing Company.

As said by Boeing Commercial Airplanes President and CEO Kevin McAllister, "This moment signifies our growing partnership with China that stretches back over nearly half a century.”

All You Need To Know About the Chinese Space Program