Boeing Receives First Order for 737 Max 8 Since Its Grounding

In a major vote of confidence for Boeing, International Airlines Group announced plans to purchase 200 737 MAX jets, including an unspecified number of Boeing's embattled 737 MAX 8s.

Boeing has found its first buyer for the troubled--and still-grounded--737 MAX 8 aircraft today when International Airlines Group announced at the Paris Air Show that it has signed a letter of intent to purchase 200 airplanes from Boeing, including an undisclosed number of MAX 8s.

International Airlines Group (IAG), owner of major European airlines like British Airways, Aer Lingus, and Iberia, announced at the Paris Air Show that it plans to purchase 200 737 MAX aircraft, split between an unspecified number of MAX 8s and MAX 10s, giving Boeing a major boost at a particularly difficult time for the company as it tries to win back the confidence of the airline industry and flying public alike.

"We're very pleased to sign this letter of intent with Boeing and are certain that these aircraft will be a great addition to IAG's short-haul fleet," said Willie Walsh, CEO of IAG. "We have every confidence in Boeing and expect that the aircraft will make a successful return to service in the coming months having received approval from the regulators."

The 737 MAX 8 was grounded back in March, following the crash of Ethiopian Airlines flight 302, the second of a 737 MAX 8 in less than six months. The investigation of those crashes--which killed 346 people, overall--revealed troubling design and safety issues in the plane's automatic anti-stall system which appears to have been a major factor in the crash of Ethiopian Airlines flight 302 and of Lion Air flight 610 in October 2018.

At list prices, the deal would be worth more than $24 billion according to Boeing and comes one day after Airbus beat out Boeing to secure a 100-plane order from Air Lease Corp, valued at about $11 billion. Due to the controversy around the MAX 8, however, Richard Aboulafia, an aerospace analyst with the Teal Group, told CNN that IAG almost certainly got a substantial discount on the plane. Even so, the announcement is still a huge boost for Boeing.

"This is a very positive development for both sides," Aboulafia said. "Boeing got a great endorsement from a respected airline group and IAG gets a heavily discounted jet."

"We are truly honored and humbled by the leadership at International Airlines Group for placing their trust and confidence in the 737 MAX and, ultimately, in the people of Boeing and our deep commitment to quality and safety above all else," Kevin McAllister, President and CEO of Boeing Commercial Airplanes said in a statement about IAG's order. "We are delighted that the IAG team recognized the superior qualities of the 737 MAX and has indicated an intention to return to the Boeing 737 family. We look forward to building on our long-standing partnership with IAG for many years to come."

The grounding of the 737 MAX 8 has already cost the company more than a billion dollars so far, as well as causing considerable damage to Boeing's reputation.

While Boeing still has 5,000 planes on order from various airlines, the company reportedly hasn't received a single order for a commercial airplane since the end of March. While the timing suggests that the grounding of Boeing's best-selling aircraft may have spooked potential buyers, the lack of new orders can't be attributed to the controversy around the 737 MAX 8 alone.

A commercial airplane can take several years for Boeing to assemble and deliver after it receives an order, so airlines typically order planes many years in advance of when they think they'll actually need them. So given Boeing's backlog, as well as Airbus' backlog of about 6,000 planes, the absence of new orders might also mean that most airlines have already put in orders for all of the planes they expect they will need in the near future. 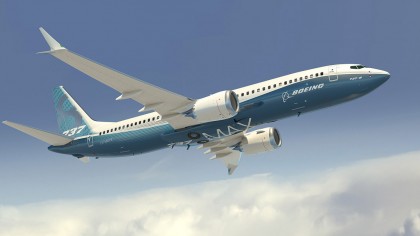 Boeing doesn't receive any money from the sale of a plane until it is actually delivered, so it has more than enough work on the books to keep money coming in for the next several years; as long as airlines don't all start canceling their current 737 MAX 8 orders, that is.

That makes IAG's announcement even more valuable to Boeing than the dollar value attached to it--discounted or otherwise. A new 737 MAX 8 order from a major airline group might reassure other wavering airlines with 737 MAX 8 orders in the pipeline, keeping them from canceling. Those orders represent $400 billion in future revenue for Boeing, so whatever enticement Boeing had to make to secure it, the IAG order could be the most important one Boeing has ever received.