PT Garuda Indonesia announced this week that they sent a letter to Boeing requesting that the aircraft maker cancel their outstanding orders for 737 MAX 8 aircraft.

US aircraft manufacturer Boeing has received its first public order cancellation request from an airline for new 737 MAX 8s as the aircraft model remains grounded throughout much of the world.

“Passengers always ask what type of plane they will fly as they have lost trust and confidence in the Max 8 jet,” Ikhsan Rosan, a spokesperson for the airline, told The Associated Press. “This would harm our business.”

In 2014, PTGI ordered 50 737 MAX 8 aircraft, with one having been delivered already. The request from PTGI is the first public order cancellation request that has been reported following the international grounding of the aircraft last week.

The 49 outstanding deliveries of the aircraft from Boeing are estimated to be valued at $4.9 billion in total, a massive potential loss for the US-based aircraft manufacturer.

More Cancellation Requests Expected if the Plane's Grounding Drags On

After countries around the world started grounding the plane within their borders and denying overflights of their airspace, Boeing announced that it would put any upcoming deliveries of the 737 MAX 8 on hold, though it would continue to build new planes as normal. 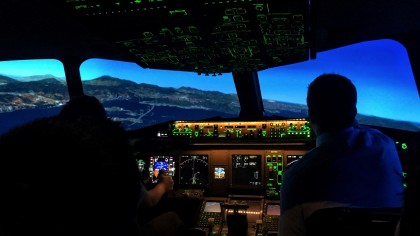 The plane was effectively grounded around the world last week after US President Donald Trump ordered the 737 MAX 8s out of service until the similarities between the two crashes of the aircraft were fully investigated.

Currently, more than 5,000 737 MAX 8s have been ordered from the company, with each plane costing around $100 million, the total value of the outstanding orders for the 737 MAX 8 is likely north of half a trillion dollars about the next 5-10 years.

The cancellation of 49 planes doesn’t in any way directly threaten this revenue stream, but it remains to be seen if this is an isolated concern or the beginning of a larger trend of cancellations from other airlines who have no use for airplanes that cannot fly.

“We think other cancellations may follow as global customers remain spooked after two crashes with seemingly similar causes,” said Jim Corridore, an airline analyst with CFRA Research. He added that if Boeing can push out the software update to fix the autopilot’s anti-stall function that appears linked to the two crashes, it would go a long way to restoring airlines’ confidence in the aircraft they have on order with the company.