Boeing has come out swinging saying they will beat Elon Musk’s planned mission to Mars. Boeing’s CEO Dennis Muilenburg was asked by CNBC host Jim Cramer whether he or Musk would “get a man on Mars first.” Muilenburg responded saying, “Eventually we’re going to go to Mars and I firmly believe the first person that sets foot on Mars will get there on a Boeing rocket."

"I’m convinced that the first person to step foot on Mars will arrive there riding on a Boeing rocket."

During the interview, the CEO had outlined Boeing’s plans for their mission. “We’re working on that next generation rocket right now with our NASA customers called ‘Space Launch System,'” Muilenburg said. “This is a rocket that’s about 36 stories tall, we’re in the final assembly right now, down near New Orleans. And we’re going to take a first test flight in 2019 and we’re going to do a slingshot mission around the moon.” Muilenburg has taunted Musk on other previous occasions about the two companies' unofficial space race. At a tech conference last year, the confident CEO made a very similar statement to the crowds saying, “I’m convinced that the first person to step foot on Mars will arrive there riding on a Boeing rocket. "

Elon Musk simply reacted to Muilenburg's challenge with a tweet saying, "Do it".

Musk hasn’t been shy about his plans to realize a successful mission to Mars. He outlined his plans to get to Mars in a paper titled, “Making Humans a Multi-Planetary Species” that was published in New Space Journal in June this year. 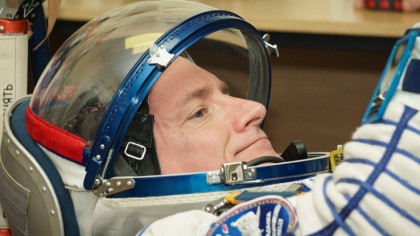 Musk who is also the CEO of electric car company Tesla plans to get to Mars using a 42-engine rocket, called BFR. He has suggested the mission is on course to reach the red planet by 2024. The BFR has the capacity to carry around 100 people or 150 tons of cargo. The SpaceX website describes their Mars mission with a quote from Musk saying, “You want to wake up in the morning and think the future is going to be great - and that's what being a spacefaring civilization is all about. It's about believing in the future and thinking that the future will be better than the past. And I can't think of anything more exciting than going out there and being among the stars.”

Boeing will build the "Deep Space Gateway" to launch missions

Boeing has teamed up with NASA to realize their Mars mission. It seems they plan to build the “Deep Space Gateway”, a high-tech space station that can be used as a launch pad for deep space missions. The space habitat could support research endeavors and be a base for lunar missions from both commercial or governmental collaborations. It would be powered by a Solar Electric Propulsion (SEP) system.

The aerospace company believes they could assemble the floating base in just four Space Launch System (SLS) missions. “The ability to simultaneously launch humans and cargo on SLS would allow us to assemble the gateway in four launches in the early 2020s,” said Pete McGrath, director of global sales and marketing for Boeing’s space exploration division. NASA is on board with the project and explain that the NASA/Boeing launch system would have the capacity to launch “a small deep-space habitat module”.