Researchers are looking to the octopus to develop precise soft-grip robotic arms.

Soft Robotics Inc. developed a soft-grip robot able to manipulate objects "of varying size, shape and weight with a single device". The new grippers can handle soft foods without causing damage. If used in harvesting, soft robots could save produce from being spoiled by bruising and lacerations.

Since their conception, robots have increased production speed and accuracy while typically decreasing costs.

For Soft Robotics Inc, the solution was found in nature, or rather an octopus tentacle. Tentacles are highly maneuverable, yet capable of firmly gripping objects without causing damage. The effect can be mimicked using a soft, tubular structure connected to a pneumatic system.

A series of tubes distributes pressure at varying points on the gripper. Applying more pressure to the outside of the grippers forces the fingers to move inwards. The hand can then be released by relieving the pressure in the tube. Different pressure points can be activated to manipulate individual fingers, resulting in a more precise grip on uneven structures.

Soft robotic grippers don't require heavy machinery to move the arm. Instead of heavy steel, the gripper consists of lightweight plastic. If the gripper came into contact with a worker, the hand would simply bend upon contact, giving the worker a much greater chance of escaping unscathed.

Currently, soft robotic grippers are being used for high-speed food handling and precise handling with adaptive grasping. However, future soft grippers could be used in medical surgical equipment to provide a more precise and manipulative hand to assist during medical procedures. 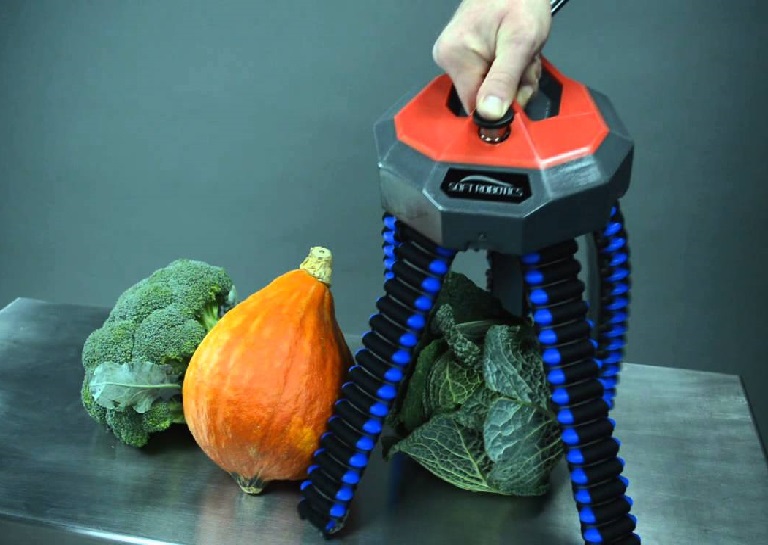 Scientists Move Closer to Uncovering the Nature of Antimatter

Humans Have Sustainably Shaped Nature for at Least 12,000 Years