Boston Dynamics has been at the cutting edge of robotics for some time now, and their new robot called SpotMini takes everything to the next level. The Google-owned company has created humanoid robots and even a giant horse-sized robot, but this miniature 4-legged friend will be your new helper around the house. Electric motors were used in SpotMini, in contrast to Boston Dynamic's typical hydraulic pistons in order to conserve space in the smaller dog bot. Check out everything that this new robot can do in the video below, and it might freak you out a little.

Weighing in at 65 pounds with the articulated arm attached, according to Gizmodo, this small robot is lighter than many dogs. Powered by a large rechargeable battery, SpotMini can do your household chores for 90 minutes non-stop before it needs more juice, and that is pretty incredible for a robot this size. This 4-legged friend can walk up stairs, recover from a fall, and even do your dishes.

If  SpotMini does incur a fall, like slipping on banana peels in the video, it uses its 'head' or articulated arm to right itself and get back to work, according to The Verge. It can also do that weird chicken thing where its whole body moves and its head stays spatially locked. 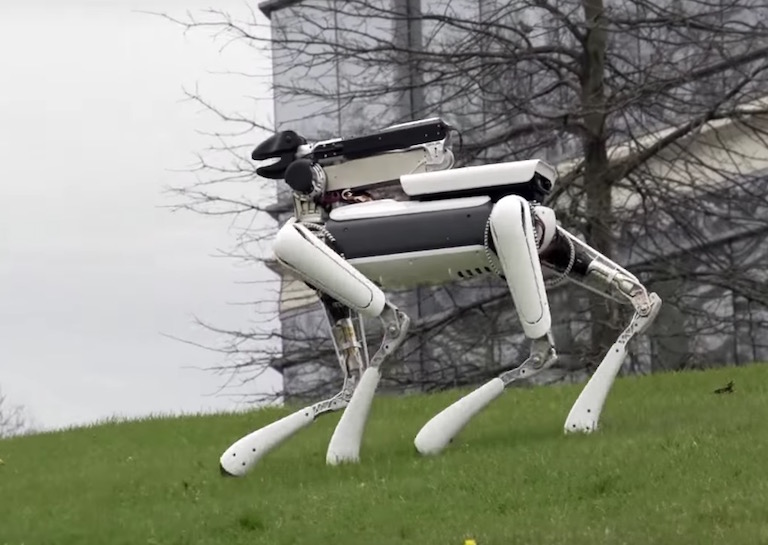 The future of robotics may involve tons of 4-legged robot dogs running around doing our chores, maybe they will become the workhorses of the future. Who knows, but Boston Dynamics impressive design capabilities are continuing to innovate the realm of robotics.

Jeff Bezos' New Shepard Rocket Miniature Is On Sale at $69.99