Boston Dynamic's Robot Can Balance on a Thin Piece of Wood

Boston Dynamics continues to be on the forefront of robotic technology, and they just programmed their human-like robot to balance on a thin piece of wood. The following video was recently released by Boston Dynamics, owned by google, to showcase some of their new robotic abilities. The balancing algorithm was built by IHMC, which is ultimately what allows the robot to shift and shake all the while maintaining its balance.

Active balance is a big hurdle to overcome for humanoid robots, but it would appear that this new algorithm has big potential to push the industry forward. As you can see in the video, the robot has the ability to react and shift its weight in the fraction of a second, maybe better than some humans can. There's no name yet for this balancing robot, but it was created mainly to investigate the use of this new balancing algorithm. Made of titanium and aluminum, the robot weighs in at 330 pounds. Most notably, when the robot fails to continue balancing, it falls exactly as a human would in the situation. 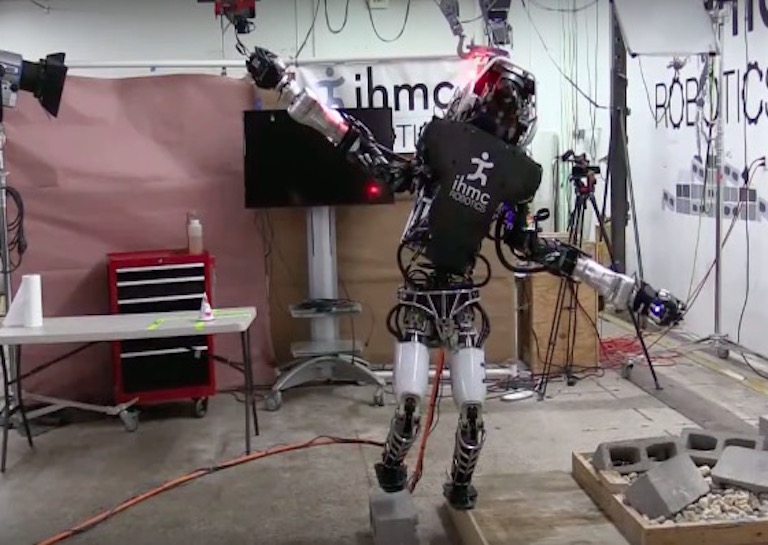