Boston Dynamics notoriously pokes and prods its robots to look for weaknesses. However, with the group's latest robot, they'll struggle to kick it down. Meet Handle, Boston Dynamic's latest super robot.

Leaked footage surfaced earlier this month in which the world got a taste of what Handle can do. People weren't just impressed; some got a little scared. Founder Marc Raibert even described it as a "nightmare-inducing robot." Granted, the 6.5 foot tall (200 cm tall) robot could intimidate anyone. Its wheels can speed it along up to 9 mph. The wheel/feet combination was something crucial for Handle's development, its makers said.

"Wheels are efficient on flat surfaces while legs can go almost anywhere," Boston Dynamics explained. "By combining wheels and legs, Handle can have the best of both worlds." 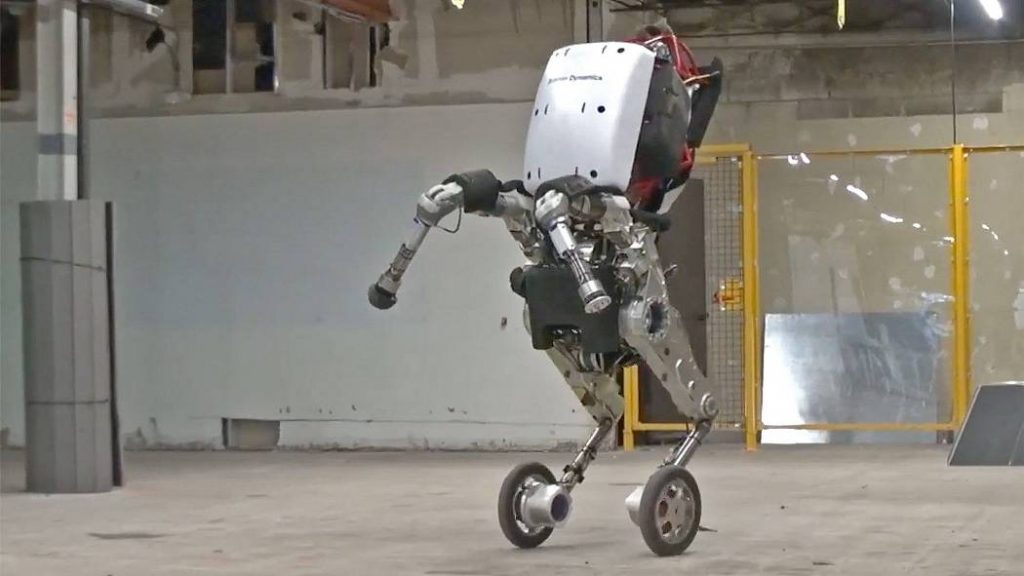 That 9 mph speed might not seem like an impressive time when compared to a human's average 15 miles per hour. However, humans slow down and tire over time. Robots with a fully-charged system have considerably greater endurance than the average human. Not only can it keep that pace, it can do that in snow, ice and other uneven surfaces. It can also transition from wheels to feet to cater mobility toward a particular circumstance where feet might be more appropriate.

The robot also lifts up to 100 pounds (roughly 50 kg) with ease. It can jump four feet directly into the air with ease, like those velociraptors in the kitchen of Jurassic Park. 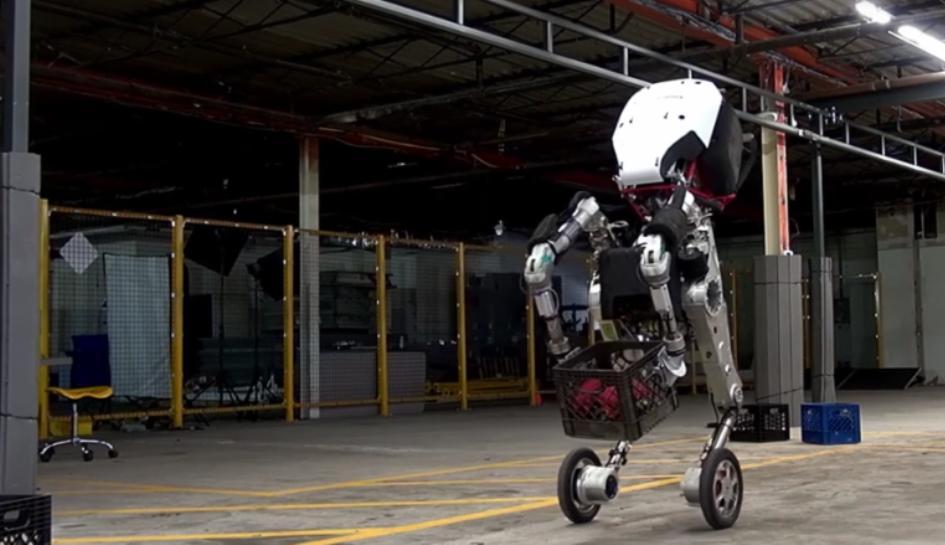 These abilities come as a result of Handle's simplified design. The impressive system comes with only 10 actuated joints. That's a far cry from Boston Dynamics' other bipedal robots like Atlas.

The Atlas system includes 28 hydraulically-actuated joints while maintaining a similar body structure as Handle. Handle joins Atlas as another one of Boston Dynamics incredible anthropomorphic robots. (So much for hoping the robots will be used for basic delivery purposes. With Handle, we can safely welcome in a Terminator-on-rollerskates-type era.)