Neuroscientists tribute the impressive recovery to the remarkable plasticity of the child's brain enabling the left hemisphere to take on tasks once controlled by the right.

Back in 2014, a shocking disovery by Chinese scientists made headlines around the world. The researchers stumbled upon a case of a woman born with no cerebellum, the part of the brain responsible for several motor functions as well as balance and speech. 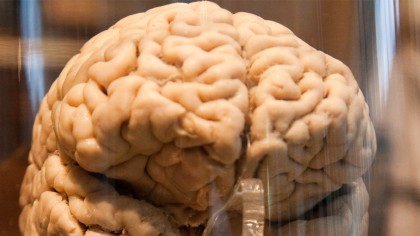 The most outstanding part was that the woman appeared fully functioning exhibiting only “mild mental impairment and medium motor deficits.” Except for some issues with balance and a slightly slurred speech, she had lived for 24 years with no visible indications that something about her brain may have been different.

Scientists attributed the woman's success to the brain's amazing plasticity that allows it to compensate for non-existing pieces. Now, a new study has come to the surface showcasing how the brain adapts after losing a piece.

Losing a part of the brain

The remarkable case report tells the story of a boy, referred to as U.D., who at nearly seven years old had a third of the right hemisphere of his brain removed in an attempt to control seizures. U.D. was then monitored in a three-year investigation.

What the researchers observed was that, surprisingly, the boy's capacity to recognize images and read words remained strong despite the surgery having interfered with key brain sections associated with those activities. In a normal brain, the two hemispheres have different visually-related roles.

The right predominantly is used in detecting faces while the left handles the processing of words through reading. However, many elements of vision are also tackled by both hemispheres working together.

For instance, when we look ahead our brain processes visual information collected by both hemispheres from both sides of our visual fields. It then automatically assimilates the data into one image.

The left hemisphere stepped in

As such, it was unusual to see that U.D. did not exhibit any vision or reading struggles. Upon further exploration, the researchers discovered that, in the absence of the brain's right hemisphere, U.D.'s left side had stepped in and adapted to compensate.

The left hemisphere evolved to detect images just as well as the right would have. More impressively, it did so without sacrificing any of its own inherent ability to read words.

The only difference the researchers reported in U.D.'s visual processing function was that the boy would move his eyes when seeking information from the left side. The neuroscientists believe that the degree of successful plasticity in U.D.'s brain may be attributed to his young age at the time of surgery.

Children's brains are known to be much more adaptable to change than those of adults. Last year, a child shocked doctors with his ability to see despite missing most of his visual cortex.

Neuroscientists are still trying to determine how U.D.'s brain could reassign itself new tasks to new sections without hampering the already existing ones. As more cases such as U.D.'s are studied, the brain's attributes only seem to become more impressive.