Biomedical engineers at Cornell University have identified the culprit behind cerebral blood flow reduction in patients with Alzheimer's.

Alzheimer's is a debilitating condition that, according to the Alzheimer's Association affected over 5.7 million people in the US alone in 2018. The disease is complicated to understand, and researchers are constantly on the lookout for information that can lead to novel avenues of treatment.

Now, biomedical engineers at Cornell University have made a discovery they hope will lead to a new therapy for the disease. The researchers have identified the culprit behind cerebral blood flow reduction in patients with Alzheimer's.

Cerebral flow reduction is a decrease in the blood flow to the brain. It is common in Alzheimer's patients, and it results in a feeling of dizziness. Even more troublesome is the fact that it also leads to impaired cognitive function.

"People probably adapt to the decreased blood flow, so that they don't feel dizzy all of the time, but there's clear evidence that it impacts cognitive function," said Chris Schaffer, associate professor of biomedical engineering at Cornell University.

The research is from the joint lab of Schaffer and associate professor Nozomi Nishimura, and it reveals that the decrease in blood flow comes from white blood cells that are actually stuck to the inside of capillaries.

The phenomenon is not common. Only a few capillaries are burdened with blockage. However, the impact multiplies itself as the stalled capillaries lead to decreased blood flow in downstream vessels.

Essentially it is like traffic where a few blocked roads lead to slowdowns in further lanes. The revelation is critical as recent studies have stipulated that these brain blood flow decreases are one of the earliest signs of dementia. 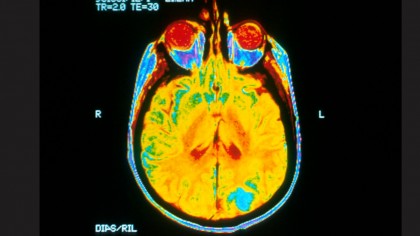 "We've shown that when we block the cellular mechanism [that causes the stalls], we get an improved blood flow, and associated with that improved blood flow is immediate restoration of cognitive performance of spatial- and working-memory tasks."

"Now that we know the cellular mechanism," he said, "it's a much narrower path to identify the drug or the therapeutic approach to treat it."

The researchers have already identified approximately 20 drugs that hold promise for potential dementia therapy. They are currently screening them in Alzheimer's mice, and many of them are already FDA approved for human use.

Schaffer added that he was "super-optimistic" that this novel line of research "could be a complete game-changer for people with Alzheimer's disease," if human blockages are similar to those detected in the mice subjects.

A decade of research

It should be noted that this discovery is a decade in the making and therefore has strong foundations. It originally started with research that saw Nishimura attempt to put clots into the vasculatures of mice test subjects in order to study their effect.

"It turns out that ... the blockages we were trying to induce were already in there," she said. "It sort of turned the research around - this is a phenomenon that was already happening."

A New Brain Implant Lets You Transform Thoughts Into Speech