A young man who six years earlier beat brain cancer is now recovering from an injury that proves all too often fatal.

As a child, Plymouth resident Brock Meister survived the unthinkable. He was diagnosed with a brain tumor and somehow made it through.

A young man who six years earlier beat brain cancer is now recovering from an injury that proves all too often fatal.

Six years later, tragedy hit again in the form of a traumatic injury. When driving last January, Meister was in a crash that lead to his skull separating from his spine.

Lucky for the now 22-year old man, the same doctor that successfully treated his cancer was there to help him recover from the nearly always devastating injury. Beacon Medical Group neurosurgeon Dr. Kashif Shaikh had already witnessed Meister overcome the inconceivable as a kid. 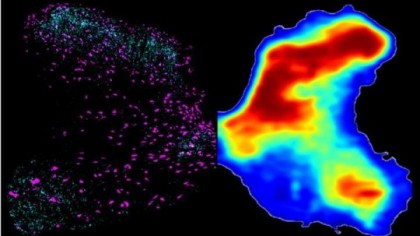 Nevertheless, the nature of the new emergency shocked the experienced doctor who got the page and images from the accident at 2 AM. “I had to check twice to make sure I was looking at the right patient’s picture – it’s such an uncommon injury and an even less common injury to survive," said Shaikh in a statement.

Internal decapitations, although very rare, normally have extremely high mortality rates. The separation of the skull from the spine all too often leads to fatal injuries in the blood vessels supplying the brain and the spinal cord.

To make matters worse Meister had also developed an enlarging hematoma in the neck that was compressing his airway making it hard for him to breathe. His injuries made the normal insertion of a breathing tube much too dangerous and so the medical team opted for a tracheostomy.

Once in surgery, doctors would need an hour-and-a-half just to secure a safe pre-operative position for Meister. They then proceeded to put back together the broken pieces of the young man.

This was no easy feat! The surgery saw a skull plate and spinal screws placed above and below the patient's fracture and connected with rods for stabilization.

Luckily, monitoring showed the operation was a success and Meister woke up able to move all his body parts. His battle did not end there, however.

Meister had to continue extensive physical therapy daily and although he progressed quickly, succeeding in walking just a few days post operation, Meister still struggles at times. The brave young man still suffers from difficulty in his right arm as well as neuropathic pain.

His doctor, however, reports Meister is constantly improving. "He is very young, has a great attitude, and he looks better and better each time I see him so I continue to be very optimistic," said Shaikh.

Meister's mom believes her son's recovery is nothing short of God's work. "I know, I truly know God was there that night and saved my child," she said.

"Things easily could have been more tragic and my time spent with him could be at the cemetery. Our boy is a miracle," she added.

On his part, Shaikh believes his patient was "blessed.” “Brock somehow survived a brain tumor as a child, and now, only a few years later, he has survived an almost universally fatal injury. It is truly incredible," he concluded.

Pfizer Is Suing a Long-Term Employee for Stealing 12,000 Documents