Brain Stimulation System Can Teach You How to Fly

Being able to put on a brain transfer device and simply upload a wide variety of skills may be in the near future thanks to a breakthrough in practical research from HRL Laboratories. The new innovative brain stimulation cap being tested can stimulate the neurons in the brain and train a user in a skill at a much higher and faster rate. The team began trials by studying the brain activity of expert pilots and mirroring that brainwave function through signals in patients trying to learn to fly. With further developments in the industry, learning how to fly may just be a brain uploading session away.

The HRL team is one of the first groups to focus in on how the brain responds to electronic stimulations in modern times. People as far back as the ancient Egyptians have used electric fish to stimulate their brains in certain ways. Essentially, the team will target certain areas of the brain that are more active when learning particular skills.

Better understanding how the brain functions is key to being able to modulate its activities in the future. There are three different modalities that stimulate the brain: functional near infrared spectroscopy, electro encephalogram (EEG), and electrode brain stimulation. Both near infrared spectroscopy and EEG are used to monitor the brains signals and responses to stimulation. The electrode array contains the physical devices that will stimulate the scalp through the head cap.

One of the biggest innovations seen in the HRL Labs proprietary design is the ability to completely customize the sensor and application set-up. Current devices on the market only maintain fixed sensors and they are essentially unchangeable when it comes to the overall designs. The mesh skull cap offered up by HRL provides an interface for a wide range of sensors and electrodes. 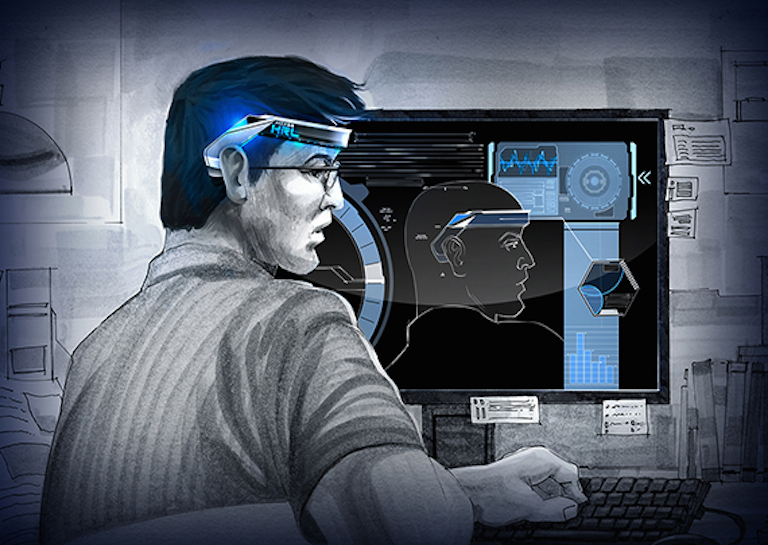 The team stresses that this technology only enhances the learning mechanism currently in place, not replaces it. The device can decrease learning time by up to 30% in its current design, but almost instantaneous learning is of course the goal.

HRL sees other functions for the device apart from speed learning as well. Applied in practical applications such as people recovering from strokes or other medical trauma, the brain stimulation device could help people regain their past lives. Of course, in order to reach this point, the still primitive technology will need years of research and studies to occur in this region of application.

Humanity is only now beginning to grasp a better understanding of all of the mysteries seen within the brain's functions and capabilities. As researchers and scientists gain a better understanding of how the most important human organ functions, great strides can be made in the fields of neurostimulation and neuroscience. It is amazing to think that as humanity tries to understand how the brain functions, it is essentially a group of brains trying to understand themselves. Mysteries such as these are some of the most fascinating facets of the forefront of scientific study.