The Game is Afoot: Research Finds Your Mind Works as Well as Sherlock Holmes'

You can stop building your mind palace. Scientists proved that your brain works like Sherlock Holmes's. 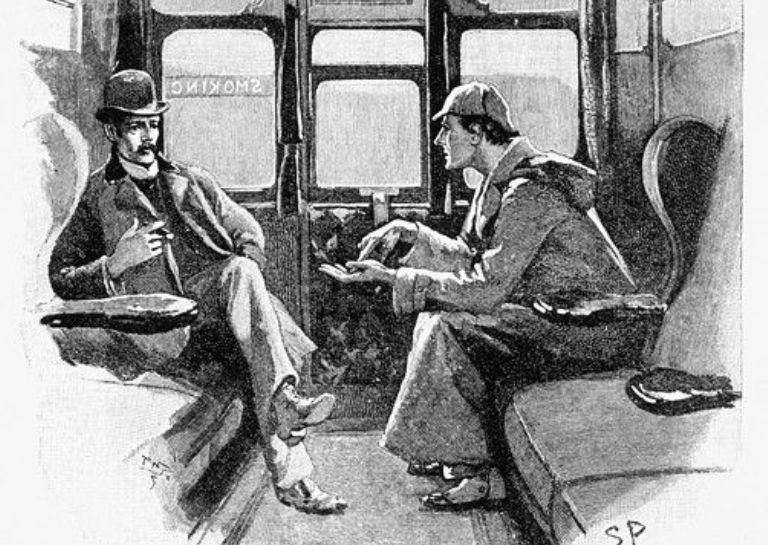 A new study held by a team from Stanford and Princeton Universities used a 48-minute section of BBC’s Sherlock to show your brain works in the same way as the titular detective. The study showed that when you store and recall memories, your brain activity looks a lot like his.

The group led by Janice Chen, a postdoc in the psychology department at Princeton University, and Yuan Chang Leong, a graduate student studying psychology at Stanford University, picked 22 study volunteers for the study. They also wanted to see if Sherlock's remarkable memory could be matched. The team strapped participants into an fMRI aka functional magnetic resonance imaging machine which determines blood flow in the brain to measure brain activity.

They expected the volunteers to only talk for about 10 minutes. However, they found that volunteers spent more than 20 minutes describing the show in vivid detail.  They surprisingly described the colors in Sherlock's apartment, relationships between the characters and what Sherlock wore. While recording those details, they also looked at brain activity and found each participant's brain responded in a similar way.

According to records, the scientists accurately identified which scenes the volunteers were describing at any given time just by looking at their fMRI results. Also, each participant’s recall brain activity nearly matched the group average during study as well. Study showed that when people experience the same events, their brains organize the memories in a remarkably similar way. According to research published in Nature Neuroscience;

"As each person spoke, event-specific spatial patterns were reinstated in default-network, medial-temporal, and high-level visual areas. Individual event patterns were both highly discriminable from one another and similar among people, suggesting consistent spatial organization. In many high-order areas, patterns were more similar between people recalling the same event than between recall and perception, indicating systematic reshaping of percept into memory. These results reveal the existence of a common spatial organization for memories in high-level cortical areas, where encoded information is largely abstracted beyond sensory constraints, and that neural patterns during perception are altered systematically across people into shared memory representations for real-life events."

Researchers also added that the study results might help us to find early warning signs of memory-related neurodegenerative diseases like Alzheimer's as well.

Astronauts are finally mixing concrete in space, aboard the ISS