Not for the reason you think. Spicy tomatoes could help lower the production costs of the super molecule capsaicinoids.

Who doesn't love a good tomato? The beloved fruit is probably one of the most versatile foods around the world.

A staple of Mediterranean cuisine, the tomato can be used for pasta, to compliment a sandwich, or even on its own with a little cheese.

So it comes as no surprise that researchers have centered the tomato around a tasty new research project.

By studying the chili pepper researchers may have stumbled across a way to genetically engineer a tomato, creating a potentially spicy tomato; a game changer.

Published in the journal Trends in Plant Science Brazilian researchers discussed their findings, which may have more practical uses than you think.

From an evolutionary standpoint, the chili pepper is a cousin to the tomato. Though they share the common ancestor from 19 million years ago, the chili and tomato share some of the same DNA.

For the uninitiated, chili plants developed their spicey defensive properties over millions of years. Also known as "capsaicinoids", these are the molecules that give peppers their spiciness to ward off predators.

Utilizing some of the most recent gene editing techniques, Brazilian researchers believe it could be possible to grow tomatoes that actually produce capsaicinoids. Though, scientists are not creating spicey tomatoes for fun or to start some hipster trend.

The aim of creating delicious spicey tomatoes centers around health and food production. Capsaicinoid molecules have tons of nutritional and antibiotic properties.

Capsaicinoids could even be used as a painkiller for injuries. By pursuing this research into tomatoes with capsaicinoids, the team aims at finding an easier way to mass produce large quantities of capsaicinoids for commercial purposes. 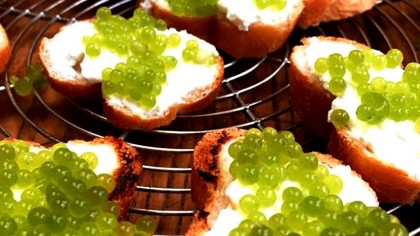 As described by Agustin Zsögön, senior author of the study, “Engineering the capsaicinoid genetic pathway to the tomato would make it easier and cheaper to produce this compound, which has very interesting applications."

“We have the tools powerful enough to engineer the genome of any species; the challenge is to know which gene to engineer and where.”

Capsaicin has been shown in pharmaceutical trials as a potential treatment for nerve damage and associated pain. By making the tomato fruit produce its own spice, capsaicin would be easier and significantly cheaper to produce, at large quantities.

Besides, how cool would it be to bite into a tomato and get the same kick you get from a hot chili?