Researchers with the National Institute of Health and Sanofi pharmaceutical firm developed an antibody that combines three of the most powerful HIV fighters in the world.

Researchers developed a new "breakthrough" antibody that's been shown to attack 99 percent of all HIV strains in primates.

Rather than attack a single key part of HIV, the antibody attacks three major parts of the virus. The U.S. National Institutes of Health (NIH) partnered with the pharmaceutical company Sanofi to create the antibody. Human trials are expected to start in 2018.

HIV remains one of the most devastating and hard-to-treat viruses in the world as the virus can mutate and change its appearance rapidly. Since the beginning of the epidemic, over 70 million people have been infected with HIV. Roughly 35 million have died around the world due to the virus. Currently, 36.7 million live with HIV as of 2016 data from the World Health Organization.

The researchers engineered the new antibody by piecing together three unique antibodies. The most effective human-produced antibodies only reach 90 percent of HIV strains. The team ran experiments on 24 monkeys. Those given the antibodies and then given the virus did not have a single infection.

Gary Nabel works as the chief scientific officer for Sanofi.

"They are more potent and have greater breadth than any single naturally occurring antibody that's been discovered,"  he told BBC News. "We're getting 99% coverage, and getting coverage at very low concentrations of the antibody."

Linda-Gail Bekker serves as president of the International Aids Society. In an interview with the BBC, she said that time is of the essence in promoting this treatment.

"This paper reports an exciting breakthrough," she said. "These super-engineered antibodies seem to go beyond the natural and could have more applications than we have imagined to date. It's early days yet, and as a scientist I look forward to seeing the first trials get off the ground in 2018. As a doctor in Africa, I feel the urgency to confirm these findings in humans as soon as possible."

The (Hopefully Short) Future of HIV

Africa is one of the largest areas to benefit from HIV innovations. Of those throughout the world living with HIV, 69 percent of them live in sub-Saharan Africa. More than 91 percent of HIV-positive children living in the world live in Africa. The continent is also a focal point of the GoalKeepers initiative from the Bill and Melinda Gates Foundation.

With partnerships from philanthropic agencies like the Gates Foundation, scientists have made headway around the world. Recently, a boy in South Africa has been free of HIV symptoms or signs of the virus despite being infected at birth. 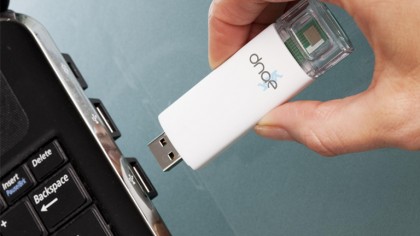 This USB Allows for Simple, Quick and Accurate HIV Testing

"[T]his new case strengthens our hope that by treating HIV-infected children for a brief period beginning in infancy, we may be able to spare them the burden of lifelong therapy and the health consequences of long-term immune activation typically associated with HIV disease," Anthony Fauci, director National Institute of Allergy and Infectious Diseases (NIAID), told The Guardian.

Breakthroughs like this one, the nine-year-old boy in South Africa, and others around the world provide a glimmer of hope to the tens of millions struggling with HIV.

The full study was published in the journal Science.