This Breakthrough In Gene-Editing Could Potentially Enhance Humanity's Future

A team of scientists from the Oregon Health and Science University (OHSU) has recently demonstrated how they changed the DNA of a once-cell embryo using the gene-editing tool called CRISPR. However, their newly published paper further presents how they successfully "repaired" and "corrected" a disease-causing mutation that inflicts sudden death in 1 to 500 people affected by the condition. Furthermore, this new method of editing genes is foreseen to potentially improve the future of humanity. 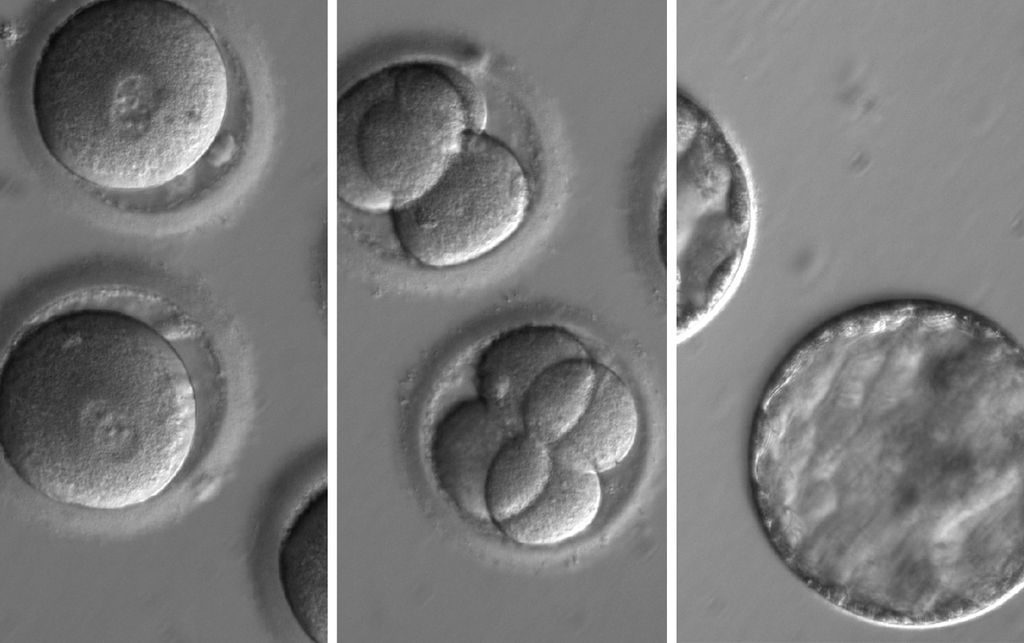 Using a gene-editing technique to enhance the future of humanity

From the recently published paper of the study, Mitalipov and his team have demonstrated how they managed to repair a "disease-causing mutation" using a new gene-editing technique. Not only did the researchers repair the mutation but they are also capable of preventing it from being inherited down the generation line. Mitalipov expressed how this method could, one day, greatly eliminate genetic flaws in our civilization.

"Every generation on would carry this repair because we’ve removed the disease-causing gene variant from that family’s lineage. By using this technique, it’s possible to reduce the burden of this heritable disease on the family and eventually the human population". 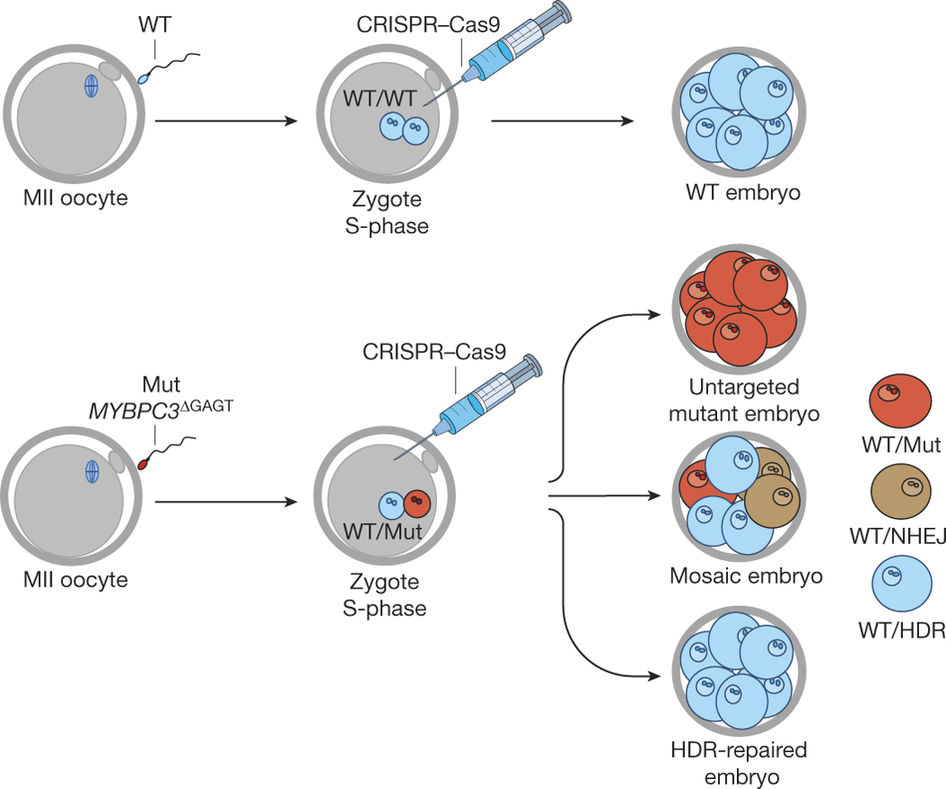 The scientists have performed their unique gene-editing technique on clinical-quality eggs donated by humans, which turned out to be the first successful test of its kind. The newly developed gene-editing method doesn't just apply to one or two disease-causing mutations. According to the scientists, their technique could potentially be applied to "thousands of inherited genetic disorders affecting millions of people worldwide".

In particular, the novel technique can target a disease known as hypertrophic cardiomyopathy, a heart failure condition that causes sudden death in both genders.

"Although it affects men and women of all ages, it’s a common cause of sudden cardiac arrest in young people, and it could be eliminated in one generation in a particular family", said Sanjiv Kaul, a co-author of the study.

The scientists utilized healthy donated human germ cells carrying the said gene mutation. By successfully testing the technique on human oocytes and sperm, the results of the whole study greatly enlighten researchers when it comes to editing and correcting mutated genes.

"This research significantly advances scientific understanding of the procedures that would be necessary to ensure the safety and efficacy of germline gene correction", explained the senior vice president for research at OHSU, Dr. Daniel Dorsa.

Dorsa further commented that transitioning the study to clinical trials will require public consultations in order to evaluate if the wide impact of the technique is in the best interest of the future of humanity.

"The ethical considerations of moving this technology to clinical trials are complex and deserve significant public engagement before we can answer the broader question of whether it’s in humanity’s interest to alter human genes for future generations".

One of the study's co-authors, Dr. Paula Amato, stated that the gene-editing technique has the potential to make it easier for people to conceive healthy babies.

"If proven safe, this technique could potentially decrease the number of cycles needed for people trying to have children free of genetic disease".

This research's published paper can be accessed through Nature.