Breakthrough Ultrasound Method Promises to Reverse the Effects of Dementia

Human trials for a new ultrasound technique which offers to both restore memory and stop dementia in its tracks is being planned for next year.

By  Mario L. Major
Dec 20, 2018
University of Queensland via the Queensland Brain Institute

One area for which the technological innovations of the past decade are making a tremendous impact center around improving both the detection and treatment methods for many illnesses and disorders.

Some of them were previously seen as untreatable or represented significant challenges.

For various forms of dementia such as Alzheimer's disease, creative solutions have emerged, from one company's wearable QR code thumbnails for tracking seniors with dementia, to new detection methods for the presence of memory-robbing illness.

Now, a team of scientists from the University of Queensland (UQ) has identified a breakthrough ultrasound treatment which they believe could significantly reverse the symptoms of dementia. Specifically, it promises to delay many of the effects.

Turning Back the Clock on Dementia

Preparations have been underway for a few years by the team from UQ's Queensland Brain Institute (QBI) since the revolutionary technique was first developed in 2015.

They determined that buildup of beta-amyloid --a special category of proteins which has been linked in many studies to Alzheimer's--can lead to both:

This buildup can be disrupted, with the researchers concluding at the time that "repeated scanning ultrasound may be a noninvasive method with potential for treating Alzheimer’s disease".

Furthermore, the method is relatively cheaper than alternative treatments, as well as being non-invasive.

At the time of the study, Professor Jürgen Götz of the QBI and study co-author explained the process as well as its impact:

"The word 'breakthrough' is often misused, but in this case, I think this really does fundamentally change our understanding of how to treat this disease, and I foresee a great future for this approach."

The QBI team has reported that they hope to have the first human trials underway as early as late-2019, although a lot of this will depend on securing funding, as a large part of their work is based on donations.

In fact, it was last year that the UQramped up its effort even further in a large-scale campaign, $500 million philanthropic campaign known as Not If, When, an initiative which allowed the organization to dramatically expand its work.

QBI Director Professor Pankaj Sah explained how actions like these are essential in evolving their research:

"The technology temporarily opens the blood-brain-barrier to remove toxic plaques from the brain and has successfully reversed Alzheimer’s symptoms and restored memory function in animal models." 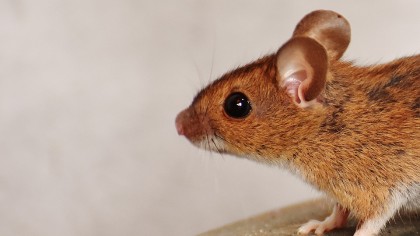 "The human safety trials late next year are the next step, representing an investment in research that is already underway. Funding is essential if we are to continue to move closer to producing a non-invasive treatment for dementia, which affects more than 350,000 people nationwide."

Details from the original study linked to the ultrasound technique appear in a paper, titled "Scanning ultrasound removes amyloid-β and restores memory in an Alzheimer’s disease mouse model", which was published in the Science Translational Medicine journal.