Building houses just got a lot faster with the use of this brick laying robot. It isn't a 3D printer per say, as it doesn't extrude any material. Rather, it functions as an attachment to an excavator and feeds bricks to the laying head. It is evident that the bricks would need to be laid out in a planned manner, and this is completely taken care of by the loading machine. The machine is called the Hadrian X from Fastbrick Robotics. The machine can lay 1000 bricks per hours, and the company is hoping it could revolutionize rapid housing development. Check out the timelapse below.

As can be seen in the video, the machine is really good at laying bricks, but the structure lacks mortar. This could easily be implemented with an extruder head mounted right before the brick layer. When a 3D design of a structure is uploaded to the software, the machine automatically determines how many bricks are needed, and which ones need to be cut. The accuracy of the machine is within .5 mm, according to Futurism. It is evident that this machine will need some improvements to be implemented in the real world construction process, but it gives evidence to the future of the industry. 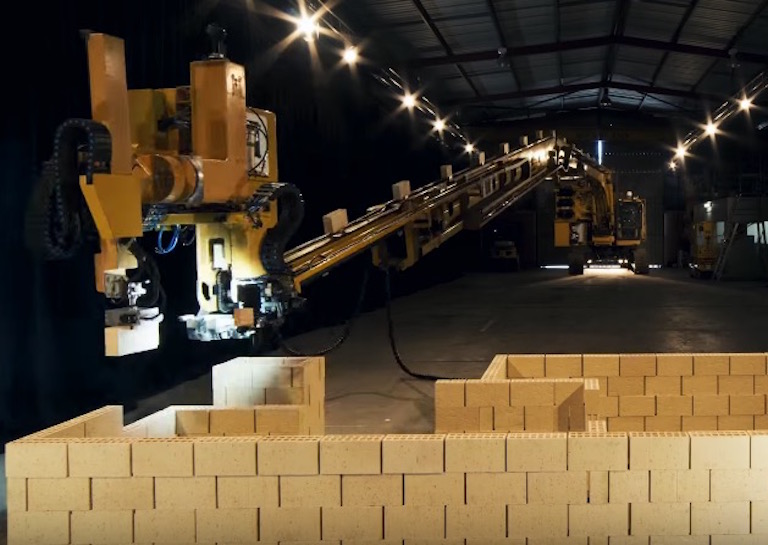 Elon Musk Presents: The New $50 'Cyberwhistle' Was Sold Out in Hours