Bricks made out of human urine could be the future of building materials. The unusual brick ingredient was discovered by University of Cape Town Masters research student Suzanne Lambert.

According to Lambert’s supervisor, Dr. Dyllon Randall, human urine is ‘liquid gold’.  Lambert says urine ‘accounts for less than 1% of domestic wastewater (by volume) but contains 80% of the nitrogen, 56% of the phosphorus and 63% of the potassium of this wastewater.’ Urine for the bricks was collected in temporary urinals placed around campus; the receptacles also contained builders lime, a material that reacts with the phosphorus in urine to produce fertilizer.

Bricks made from fertilizer left over

Once the fertilizer is extracted, the remaining liquid is used in the brick making process. The residual urine contains high levels of naturally occurring urea. This solution is mixed with loose sand, and the mixture is allowed to be colonized by a type of bacteria that produces the enzyme urease.

The urease secreted by the bacteria breaks down the urea and produces the compound calcium carbonate. This hard, white compound is the same thing that makes eggshells so strong.

It solidifies the loose sand particles together and bonds everything into a dense brick. The more time the bacteria is allowed to stay with the mixture, the stronger the bricks become.

100 trips to toilet needed for each brick

The urine containing bricks use less energy to make than regular kiln-fired bricks a which are fired in kilns at around 1 400°C and produce vast quantities of carbon dioxide. “If a client wanted a brick stronger than a 40% limestone brick, you would allow the bacteria to make the solid stronger by ‘growing’ it for longer,” said Randall.

“The longer you allow the little bacteria to make the cement, the stronger the product is going to be. We can optimize that process.” Lambert’s work carried on a fellow researcher Jules Henze, a Swiss student who spent four months working with Randall on this concept in 2017. 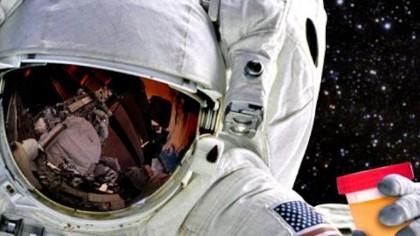 While the discovery of the process isn’t new, its application into forming bricks is a game changer. Human urine is in infinite supply and while a large amount is needed for a single brick - around 100 trips to the bathroom - the research opens doors to new ways of inexpensive and low-tech ways to build.

The engineering team will continue to work on the brick’s development. “No-one’s looked at it in terms of that entire cycle and the potential to recover multiple valuable products. The next question is how to do that in an optimized way so that profit can be created from urine,” Randall said.