This Brilliant Gig Poster Is the Perfect Combination of Laziness and Genius!

When you need a simple design, call Dave Blackhurst. The copywriter was recently asked by a friend to design a poster for a pub. Rather than break out the InDesign skills, Blackhurst took a cheeky twist.

The posters popped up in toilets in the Friars Pub, and people were impressed. The stunt was posted to Imgur and quickly went viral. "It’s been up a week, a mate of mine was at the pub yesterday and took a photo of it," Blackhurst said in an interview. "I woke up this morning and thought ‘what the hell’s going on here?'" However, it wasn't actually a screenshot of a conversation. Blackhurst doesn't even own a smartphone. Blackhurst did have to do a bit of editing, but he used a text message generator online. 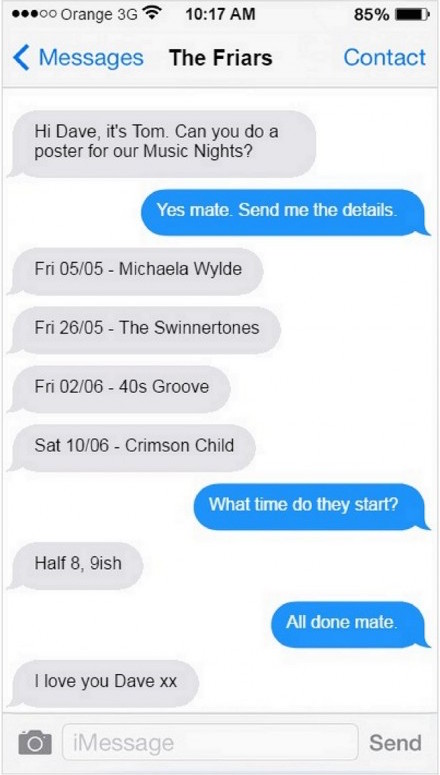