Power outages seem to be happening more frequently lately. Here are some of the most famous ones.

We don't appreciate electricity until it's gone. Without battery backup, computers go dark, televisions stop, modems die taking the internet along with them. Ovens quit, refrigerators stop keeping food cold, and even the friendly microwave refuses to work.

Heating or air conditioning stops, and homes can become uncomfortably hot or cold. You can't take your mind off things by reading a book without light, and going out becomes impossible with street lights out, cars snarled due to traffic lights being knocked out, and commuter rail service stopped.

Just before 5:00 p.m.on Friday August 9, 2019, Britain experienced an electric power outage. Around a million homes were affected, and commuters were left stranded at rush-hour in dark subway tunnels.

The Newcastle airport was affected, along with rail lines and the Thameslink commuter services in London. Traffic lights were out in Bradford and Battersea, the Victoria Line underground closed, and cash registers and security cameras in stores stopped working.

According to the New York Times,the outage was caused by the Little Barford gas power station and the Hornsey One wind farm disconnecting from the electricity network at the same time.

Being evacuated off a train after 2 hours stranded in the dark in a tunnel. Like a bad movie. So much for taking a day off work to relax! #powercutpic.twitter.com/dFob5j4i2i

Over the years, there have been many serious power outages, here are some of the worst.

At 5:16 p.m. on November 9, 1965 there was a major outage in the northeast U.S. that left over 30 million people without power for up to 13 hours. The states that were affected were:
* Connecticut
* Massachusetts
* New Hampshire
* New Jersey
* New York
* Rhode Island
* Pennsylvania
* Vermont

The outage actually began in Queenston, Ontario where a few days before the incident, a protective relay on a transmission line near the Sir Adam Beck Station No. 2 at the Niagara generation station was set too low.

At 5:16 p.m., a small variation in power at the Robert Moses generating plant in Lewiston, New York caused that relay to trip. Power flowing to the tripped line was diverted, causing other lines to overload. This, in turn, tripped their relays, and the power surged east into New York State, overloading those lines. The entire process took less than 5 minutes.

By 5:27 p.m. New York City had gone dark, and most television stations and FM radio stations were forced off the air. Telephones remained operational because the telephone exchanges had their own emergency generators.

With elevators knocked out, people were stranded in high rise office buildings, and 800,000 commuters were trapped in the subway. After the blackout, the New York City Transit Authority praised its riders and employees, saying that "We are especially proud of our employees for the speedy and safe evacuation of nearly one million passengers from more than 600 trains stalled over 237 miles of the transit system."

Over 30 million people lost power, however, the night of November 9, 1965 had the lowest amount of crime in the New York City's history, and the New York Times put out a ten-page edition on November 10 by using the printing presses of the Newark Evening News.

To prevent a blackout like this from happening again, councils were formed that created standards and shared information. New metering and monitoring systems and equipment were created by the Electric Power Research Institute that is still in use today.

In 1977, New York City was at a low point financially, and there was simmering anger in many of the poorer neighborhoods.

On the night of July 13 - 14, 1977, lightning struck an electrical substation near the Hudson River and tripped two circuit breakers. To protect the circuit, power was diverted, but it converted to a lower voltage. 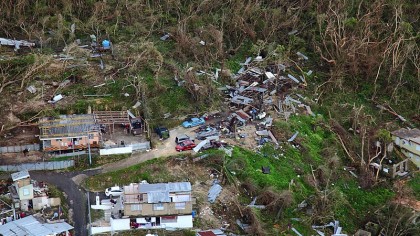 Then, a mechanical failure and a slow upgrade cycle stopped the breaker from closing and allowing power to flow again. Two additional lightning strikes caused even more damage, and within an hour, New York's largest power generator went down affecting 9 million people.

The disadvantaged neighborhoods erupted into rioting and looting. Some neighborhoods, such as Crown Heights and Bushwick, were hard hit. In Crown Heights, 75 stores within a 5 block stretch were looted, while in Bushwick, multiple fires destroyed entire blocks.

By the time power was restored, 4,500 looters had been arrested, and 550 police officers had been injured.

The west coast of the U.S. can experience really high winds. Three days before Christmas, on December 22, 1982, high winds knocked a transmission tower into a line tower. This caused three other towers to fail.

Backup equipment failed because it wasn't configured to handle such a load, and around 2 million homes and businesses went dark. Besides San Fransisco and San Diego, the blackout extended all the way east to Las Vegas, Nevada.

July and August of 1996 were especially hot, and demand for electricity was at a high. This caused two power outages, six weeks apart.

The first power outage started on July 2, 1996 in Idaho, which wasn't receiving sufficient electricity. This caused voltage instability and the failure of the grid, plunging Idaho, Montana, Utah, New Mexico, California, Arizona, western Canada, and northwestern Mexico into darkness. In all, 2 million people were affected.

Luckily, power was restored within two hours. Six weeks later on August 10, 1996, the intense heat caused power lines to overheat, and they grounded to trees and started fires.

Spring in the Midwest can have severe weather, and on June 25, 1998, a lightning storm in Minnesota struck a transmission line, which caused a failure.

A second lightning strike caused cascading transmission lines to fail, and the northern Midwest was taken off the Eastern grid.

In areas of the upper Midwest and Central Canada, people went without electricity for up to 19 hours.

This massive blackout was caused by a bug in software being used at FirstEnergy Corporation in Ohio. The bug caused maintenance workers not to be notified when overloaded transmission lines hit trees on August 14, 2003.

System operators tried to figure out what was happening for the next 90 minutes while three additional lines went down. By 4:05 p.m. Southeast Canada and eight Northeastern U.S. states were without power. The states affected were:
* Ohio
* New York
* Michigan
* New Jersey
* Vermont
* Connecticut
* Michigan

In what became the biggest blackout in North American history, 50 million people were without power for up to two days. Phone service went down in many areas due to increased calls. Detroit lost water pressure, and residents were under a boil water advisory for 4 days after power was restored.

In Cleveland, the water stopped coming out of taps, and in New York City, sewage spilled into waterways, forcing the closures of many beaches. Flights were disrupted at Kennedy Airport, as well as at airports in Toronto and Ottawa, leaving passengers stranded.

Equipment being used to monitor border crossings and port landings failed, and this prompted changes to be made to U.S. policy on infrastructure protection and homeland security.

The largest blackout in California's history was caused by that state’s dependence on power imports from Arizona.

On September 8, 2011, the weather was still hot, and increased demand conflicted with planned outages for maintenance. When a technician switched some equipment, the power failed.

Lasting over 12 hours, 2.7 million people were without electricity. The impact on restaurants and grocery stores was catastrophic. They were forced to throw away spoiled food having an estimated value of $12 to $18 million.

Sewage pumping stations failed, causing unsafe water in many areas. Changes made in California since 2011 include the installation of diesel generators at 5 water pumping stations.

A derecho is a line of intense, widespread, and fast-moving windstorms and thunderstorms that moves across a great distance and is characterized by damaging winds.

On June 29, 2012, a powerful derecho moved through the Midwestern U.S., into the central Appalachians, and then into the Mid-Atlantic states.

Some areas took 7 to 10 days before power was restored.

Hardest hit was New York state, which had flooded streets and subway lines. Entire neighborhoods were rendered unlivable, and some people were without power for two weeks. Damage to New York alone was estimated at $18 billion.

India is the world's third largest producer and consumer of electricity after the U.S. and China, but its infrastructure is poor. In 2012, an estimated 27% of energy generated was either lost in transmission or stolen, and supply was short of demand by an average of 9%.

India suffered from frequent power outages, lasting as long as 10 hours, and around 300 million people, or 25% of the population, had no electricity at all.

During the summer of 2012, extreme heat had boosted power usage to record levels in New Delhi, and because the monsoons were late in arriving, agricultural areas in the Punjab and Haryana regions were using power to run irrigation pumps. The late monsoon also caused hydroelectric plants to generate less electricity.

On July 30th, the outage started when circuit breakers on the Bina-Gwalior line tripped. This caused a cascade of failures on down the line. Passenger trains shut down for three to five hours and passengers had to be evacuated from stopped trains. Traffic signals stopped working, causing chaos.

While some airports shut, Delhi Airport remained open thanks to back-up generators. Water treatment plants stopped, and millions who rely on wells powered by electric pumps were unable to draw water. After 15 hours, 80 percent of service had been restored.

On the 31st, a relay problem near the Taj Mahal left over 600 million people without power. In Delhi, passengers had to be evacuated from stopped trains, and in a mine in eastern India, 200 miners were trapped when their lift stopped working.

The State Electricity Company attributed the cause of the blackout to a transmission problem. Commuter trains stopped, making buses the only way to get around.

As our dependence on electricity increases, the threat of blackouts looms larger every day.

Controversial Beeching Report That Closed Many of Britain's Picturesque Railways