Magnets are some of the most interesting objects in the universe. Magnets have enabled engineers to create some of the most complex machinery on the  planet such as maglev trains or MRI devices. However, magnets can also be used to make incredibly simple devices, such as the world's simplest car.

Using a couple magnets, some aluminum foil, and a battery, you can recreate this fun apparatus to make the car as well. To make the device, attach a round doughnut shaped magnet to the positive end of the battery to ensure the surface is flush. Then, place to circular magnets on both ends of the magnet, making sure they are pointing in the same direction. Then, lay out some aluminum foil on a flat surface, place the car on top and let it do the rest of the work for you!

The simple car functions using a unique feature of magnets. As the electric current passes perpendicular to the magnetic field, a force is experienced that creates torque enables the car to drive in one direction. This fun project helps demonstrate the direct relationship between electricity, magnetism, and (mechanical) force.

The same principle that drives this design is also the mechanism that went behind engineering the railgun. A railgun is an electromagnetic projector launcher that roughly is based off of homopolar motors. An electric current is sent down one rail which a projectile provides a connection to the other rail. In much the same way, the connection causes a force to be exerted in an object, propelling working model projectiles at 2 km/s. With enough current and a strong enough magnet, accelerating a projectile up to 11.2 km/s could launch any object into space. Although, the current required would destroy any metallic apparatus that could be built with today's technology. Unfortunately, your homemade car will not be able to exceed this speed, but it still is a fun project to try. 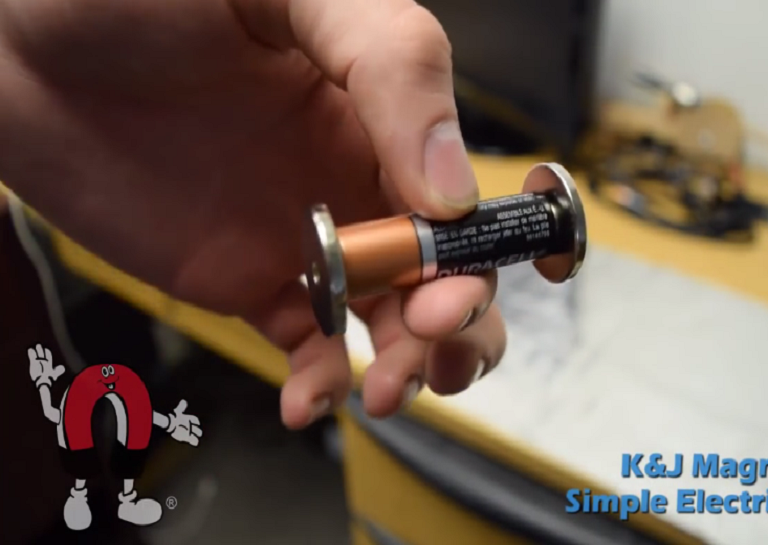