Build your own Aircraft, Even Build a Jet!

Bede Corp offers a range of kit aircraft for you to assemble at home.

Ever feel so inclined to build your own aircraft? It is largely assumed it is only large manufacturers and professionals construct aircraft, however, it is a much lesser known fact that any civilian proficient in mechanics can build aircraft as well. Bede Corp offers the opportunity for civilians to purchase and assemble their own aircraft through their kit-aircraft sets.

The following video is of an aircraft currently available to build from a kit.

James R. Bede is a world renowned aircraft designer whose many incredible designs captivated the world, including building the world's smallest jet that was featured in a James Bond film. Unfortunately, James died July 9th, 2015, at 82 years of age. Since then his legacy lives on through the many aircraft still available to the public to this day. The aircraft are kit-craft, they come shipped in a box where the purchaser assembles the craft, saving thousands of dollars.  His dream was "making flying affordable for almost anyone", one that he successfully fulfilled.

Through his lifetime, James introduced 18 designs to the aviation community, many of which became incredibly popular including the BD-1 which was to become the American Aviation AA-1 trainer and sport plane. Following the BD-1 came a series of aircraft leading to the BD-4, a plane that is said to have "literally jump-started the homebuilt airplane industry," as told in the biography of James on the Bedecorp website.

The company continues to produce kit aircraft which can be purchased to varying degrees of readiness including just the blueprints to buying all the parts which are shipped in a box. Currently, the BD-4B, BD-4C, and the BD-6 are available through their online store with others avaibalbe through their various locations accross the US. 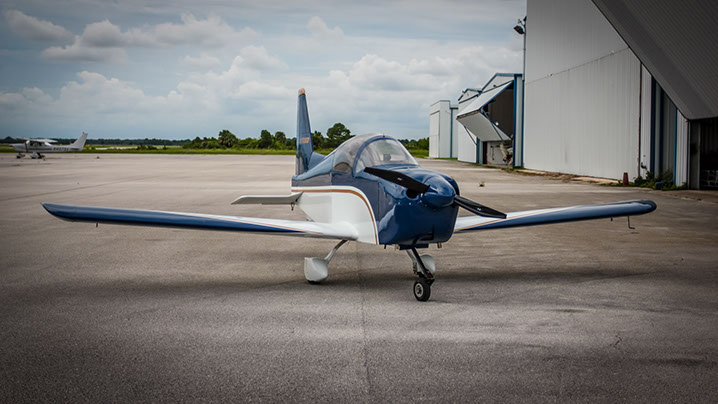 While the planes are available to anyone, however, as aviation law strictly states, all the aircraft are subject to all aviation rules and regulations including a full inspection at the owner's expense. While they are available, perhaps the home built aircraft are reserved not only for the technically inclined, but also the most confident flyers.