Tony Stark would be proud. YouTuber The Hacksmith (aka James Hobson) is attempting to build a functional Iron Man suit with the capability of flight. Recently, Hobson completed his first assisted flight.

Over the course of the last few months, Hobson decided to engineer an Iron Man suit able to fly. The YouTuber went through many models to produce enough thrust to sustain elevation. Previous attempts included strapping rocket engines to his arm. Although it provided the thrust necessary, the duration of the rockets' thrust lasted just a few seconds before it burned out- not to mention the fact it is incredibly dangerous.

In place, Hobson used two EDF (Electric-ducted fans) to produce 20 lbs of accumulative thrust. Hobson was unable to sustain flight, however, with weighted assistance he managed to fly.

Currently, Hobson doesn't know how he'll increase the thrust in order to sustain flight for a period of time. The electric turbines will probably be replaced with larger, more powerful ones or replaced with a gas turbine. Previous tests using the same set-up allowed the YouTuber to accelerate down the road on a bike up to speeds of 55km/h.

As of now, Hobson doesn't have a functional suit, but that's never stopped him before.

Hobson dedicated his channel to building extravagant (and mostly pop culture-related) creations. He's crafted everything from Wolverine claws to Captain America's shield. Perhaps with some more insight and revision, the suit could be built. However, it will likely be many more months yet before the first unassisted Iron Man suit takes flight. 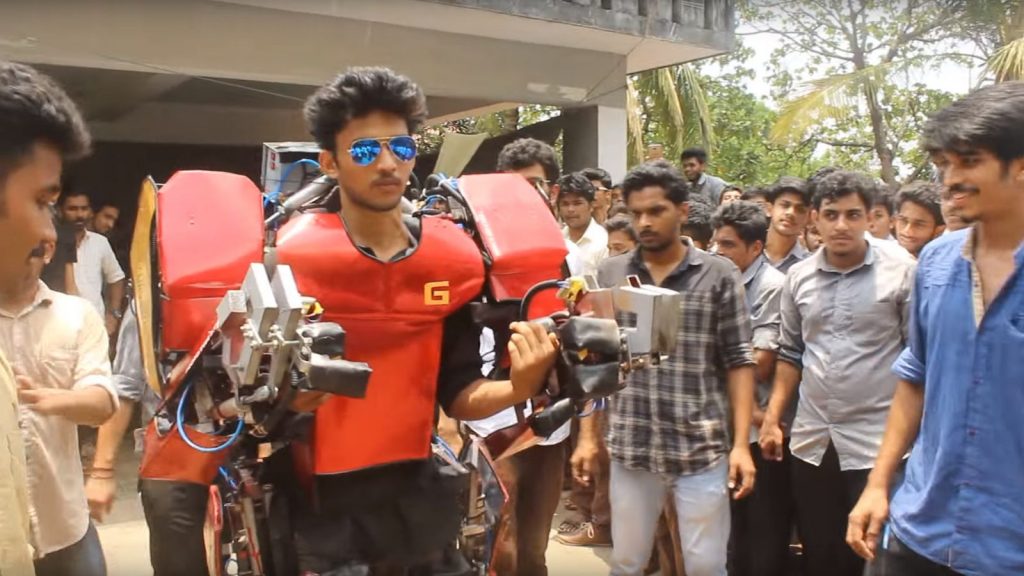 The flying Iron Man suit may seem far-fetched, but it brings to attention the capabilities humans have while inspiring them to look forward into the future.