We all know and love LEGO building blocks but without buying expensive expansion packs, they can get boring pretty fast. A new kind of block, Brixo, has been created that utilizes electricity, bluetooth, and a wide array of sensors that fully integrates with your current plastic blocks! Now, anything you build can become an automized, electronic circuit with just a few snaps of the blocks. There are 3 main types of blocks in the Brixo system: connectors, action blocks, and trigger blocks, and they all combine together to create some pretty ingenious designs.

No more long wires or bulky robotic computers are needed to bring life what you create with building blocks. In fact, through the Brixo app, you can even control the action blocks to make your construction come to life on command.

Brixo inventor, Boaz Almog, a well-regarded quantum physicist first came up with idea of integrated building blocks after seeing his son play with an electronic circuit kit. He noticed that the circuits had become tangled and ultimately got absorbed into a greater confusion. The need for a wireless construction mechanism was seen and Brixo was created, revolutionizing how you play with LEGO bricks.

Sensor blocks include light, sound and proximity sensors all built in to functional plastic blocks. What you build with Brixo can even be used to automate whatever you desire as it's controllable through the internet. If you already have that masterpiece built with regular building blocks, not to worry! Brixo can be easily added to any design to create a dynamic versatile toy capable of whatever you can imagine.

Perhaps the most incredible facet of the new block design is that there are absolutely no wires needed, so you don't have to worry about anything but having some fun. For just US$35 you can get your hands on a Brixo starter set over at Kickstarter, which will get you well on your way to creating extraordinary things.

Everyone loves playing with building blocks, whether you want to admit it or not. The Brixo is for anyone that wants to have one of the coolest devices to hit the toy market in many years. 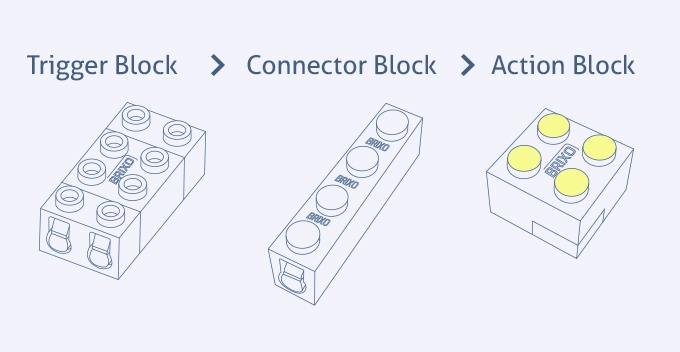 You are only limited by your imagination with Brixo, and you could even use the simple circuits to rapid prototype that new invention you just thought up. Not only this, the new blocks could inspire generations of kids to build and create by bringing learning into the playroom.

Boaz Almog and Amir Saraf have been growing the designs of these innovative building blocks for a long time and they want to bring " basic understanding of the principles we look at every day." This desire to teach and inspire has resulted in an incredible toy. Make sure to check out the new building blocks and maybe even get your hands on some over at Kickstarter.