California Gives the Go-Ahead to Fully Driverless Cars to Operate

The state of California announced it will allow driverless cars without safety drivers to test on public roads.

The State of California has announced it will allow driverless cars which do not have safety drivers to test on public roads for the first time.

California Department of Motor Vehicles (DMV) said Monday it was getting rid of a requirement for autonomous vehicles to have a person in the driver’s seat. The new rule will go into effect on April 2.

Last October, the California DMV had issued revised regulations about the safe deployment of autonomous vehicles on public roads.

The new rules allow autonomous cars without steering wheels, foot pedals, mirrors, and human drivers behind the wheel to be tested on Californian roads starting in 2018.

California’s Office of Administrative Law approved the regulations that would permit fully driverless testing on Monday.

A public notice is planned to go up on the DMV’s website on March 2nd. This starts a 30-day time-table before the first permits can be issued on April 2nd.

Companies can apply for three types of permits: testing with a safety driver, driverless testing, and deployment.

“This is a major step forward for autonomous technology in California,” DMV Director Jean Shiomoto said in a statement.

“Safety is our top concern and we are ready to begin working with manufacturers that are prepared to test fully driverless vehicles in California.”

California is not the first state in the US to allow completely self-driving vehicles. In October, Waymo started testing autonomous cars without a driver in Phoenix, Arizona.

It intends to launch a commercial service there this year. Nevada and Michigan have also allowed fully driverless vehicles, while other states have run localized pilot programmes.

However, the development in California is important because it leads the US in terms of the number of companies testing autonomous cars on its highways.

Companies like General Motors, Waymo, and Uber, which are developing fleets of self-driving cars for public use, have been carefully following changes made to California’s rules governing these tests.

At the moment, in the state, there are 50 companies testing nearly 300 autonomous vehicles which are licensed with the DMV. Now, almost 1,000 safety drivers are licensed to test those vehicles.

Once the California state’s rules become effective, it will be allowed to deploy cars without humans behind the wheel.

Computers are better drivers than people

Some safety campaigners have opposed the new scheme saying it could turn California’s roads into a potentially lethal “video game”. Using a remote operator “will be just like playing a video game, except lives will be at stake”, John Simpson of Consumer Watchdog said.

But advocates of autonomous driving say that computers are better drivers than people, who can be distracted. 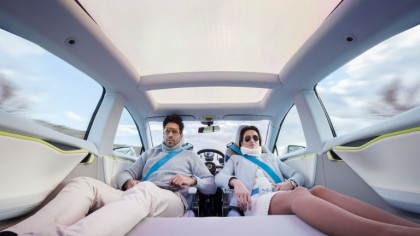 Self-driving cars will open up new transportation options for the elderly and disabled, they say.

The American Congress at the moment is revising legislation which could allow companies to manufacture and deploy cars without the traditional controls such as pedals and steering wheels.

The proposed laws would also preempt states from establishing their own laws overseeing autonomous testing.

This could also conflict with California’s well-established system. But several lawmakers have expressed concern about the amount of freedom offered to the private sector, making the bill stop in the Senate.