Can Bats Live Forever? A New Study Reveals the Secret behind Bats’ Longevity

The research team believes that the answer to bats’ longevity lies in its DNA, specifically telomeres.

If you are someone interested in the movies and comic books, then you must be well acquainted with the DC comic superhero Batman, who derived his name from the tiny Bats and has made an undying imprint on our souls.

Unlike many superheroes, Batman does not have any genetic transformation that gives him superpowers. Instead, he relies on his physical strength, martial arts abilities, technological gadgets and vast wealth to fight crime in his city.

However, a study published earlier this year shows that bats do possess special characteristics that enable them to defeat aging and live longer and healthier.

The research answers the long-standing question on bat’s longevity and offers new insights that can be helpful in figuring out ways to extend the health-span in humans.

What makes these minute bats live so long?

Bats are amongst one of the unique creatures of the Class Mammalia with the ability of true flight, similar to the animals of Class Aves. Bats also possess uniqueness from other mammalians when it comes to age and longevity.

As compared to their size and weight they have an exceptionally long life.

According to a new research by University College Dublin, the secret behind the longevity of these mammals lies in their DNA. This was found out by Professor Emma Teeling and her research team in a study conducted at UCD School of Biology and Environmental Science.

The group conducted a research on the telomeres of the bat, to study the reason behind the organisms' longevity. A telomere is an area found at the end of a chromosome that is characterized by repetitive nucleotide sequences.

These telomeres protect the end of the chromosome from wear and tear and also from fusion with the nearby chromosomes.

In the research article published by Emma Teeling, titled "Growing Old yet staying young: The role of telomeres in bats' exceptional longevity", it is explained how a species of bats commonly known as Myotis bats have mastered the art of living forever.

The telomeres present in these bats are capable of sustaining the degradation, leading them to live a longer life.

“In the longest-lived species of bats, telomeres don’t shorten with age. Whereas in other bats species, humans and other animals they do, causing the age-related breakdown of cells that over the course of a lifetime can drive tissue deterioration and ultimately death,” she said.

The relationship between Telomeres and Ageing

Aging is a natural process present in every living organism. This process is irreversible and it gradually leads to deteriorating physiological function in an organism which leads to an increase in the susceptibility to a disease and ultimately death of an organism.

Scientific studies have shown that there is an interesting relationship between the end caps of our genetic material, also referred to as telomeres and the phenomenon of senescence.

When the telomeres of the cells in organisms become too short due to the repetitive meiosis and mitosis, the cells lose their ability to divide further.

But its inverse also causes problems as the enzyme Telomerase leads to re-lengthening of the telomeres, which is associated with cancer since it allows the cells to divide at their own will.

Along with ten different International teams from Europe, Emma used wing samples from four different species of long-lived bats and measured telomere length and telomerase expression to reveal differences in mechanisms that seem to be the reason they live such long lives.

The team researched on the Telomeres of the long-lived bats and compared it to the fifty-two other mammals with a special focus on the 225 genes that aid in the maintenance of the Telomeres in the organisms.

What was the conclusion of the experiment?

After the experiment, Teeling found unexpected results associated with these small creatures. The key findings of the experiment are elaborated below:

But Teeling and her colleagues also could not find any evidence of telomerase production, the traditional method used by mammals to maintain telomere length (This squared with the lack of cancer found in bats; animals like mice that use telomerase have high incidences of cancer).

Instead, researchers found evidence that the two species of Myotis bats were maintaining telomere length in an alternative way, with two genes that boost DNA repair mechanisms that may, in turn, maintain or repair the telomeres. 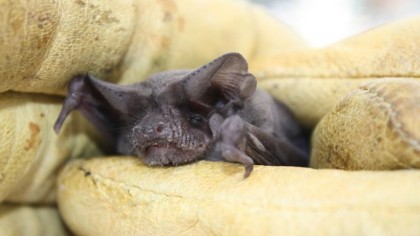 Professor Teeling believes this is a potent longevity mechanism, but also that the difference in telomere maintenance among bat species shows there are multiple pathways to longevity in play.

She further added that there are two particular genes found in the genome of bats which are known as ATM and SETX, that are responsible for the prevention and repair of the age-induced cellular damage.

According to her, their main aim behind conducting this research was to understand the process of aging and senescence in living beings.

She said that understanding the phenomenon of aging is a grand challenge to biology and her main priority was to uncover a new path that might elevate the health span of humans.

This new information on the longevity of Bat species could be of a great help for unraveling the mystery behind the use of the Telomeres in curing cancer in the future.

This new genetic mechanism that is used by the bats can be applied on humans’ genome to modify the action of the Telomerase enzyme, which in turn can save millions of people suffering from the dread of cancer.

Also, this freshly unraveled data can also pave a way to find the concealed mystery of immortality.

Humans have always been interested in finding ways to achieve a long and healthy life and this experiment might be able to get humans a step closer to find the answers related to this puzzle.

Blood is Lives: Behind the Scenes on BBC's Amazing New Dracula Series