Can Humans Manipulate the Weather?

A look at how far we have reached in controlling the climate for our advantage.

James Rodger Fleming says, “Human Hubris is almost universal. There’s this perennial desire to control.” And if we were to believe anyone, it should be Fleming because he literally wrote an entire book on the subject of weather manipulation in 2010. His book titled, “Fixing the Sky: The Checkered History of Weather and Climate Control” essentially talks about history as well as the future of climate control.

This book received a 3.8/5 on Goodreads and has generally been well-accepted ever since it came out.

In the book, Fleming talks about the alarm that is widespread today over the subject of global warming and how climate engineers can achieve the impossible and control the climate. As big of science fiction as the idea might seem to be, Fleming promises that this idea took root several centuries ago and is not a new development.

So, can we manipulate the weather? Is it possible to control mother nature and make it rain or shine according to the will of humans?

RELATED: THIS PERSONAL AIR CONDITIONER LETS YOU FINE-TUNE YOUR CLIMATE

Can You Manipulate the Weather?

Humankind has always wanted to conquer everything: The Earth, the sea, the sky, and the Moon. He has taken pains to imitate nature by creating beaches, islands and even artificial snow mountains, among other oddities.

And the dream of modifying the weather has also been present, from the primitive dances to the planting of clouds to rain, the methods have become increasingly sophisticated, at the expense of multimillion-dollar investments that are viewed with some skepticism by scientists.

To get to the point, what may be the underlying causes of the extreme instability of the global climate and the alteration of weather parameters for certain purposes, which has caused devastation everywhere in recent years?

Hurricanes and tropical storms have devastated the Caribbean. Central Asia and the Middle East are tormented by drought. West Africa faces the biggest locust invasion of the last decade and much more.

With global warming continually wreaking havoc on our planet's environment, the National Academy of Sciences (NAS), a scientific organization sponsored by the US government also demanded that more research should be done on geoengineering and the deliberate, large-scale manipulation of the Earth's natural systems to counteract climate change. The call generated an essential debate between those who are in favor of the use of this technology and those who believe that our planet will be at a greater risk if this climate control were to take place.

Climate management will continue to be a challenge for society. NAS believes, however, that the risks of not understanding climate intervention are higher than the risks associated with doing so, so they recommend more studies on the controversial issue.

While the concept of geoengineering may seem like something out of a sci-fi film script, some scientists have begun conducting small-scale experiments to intervene in order to reduce the significant damage that global warming is causing to the planet. The two main actions that scientists are investigating are the removal of carbon dioxide (CDR) to reduce the amount of CO2 in the atmosphere and the management of solar radiation (SRM), which promises lower temperatures when reflecting the sunlight far from the surface of the Earth.

Did the US Make It Rain in Vietnam?

The U.S. Military conducted a top-secret operation named Operation Popeye from 1967 to 1972 in Southeast Asia where they spent nearly $3 million yearly. Their ultimate objective was to make sure the monsoon season got extended in Vietnam, and the Ho Chi Minh Trail got flooded. This was because Vietnamese enemy fighters used this trail for their supply system.

The U.S. Military also expected to wash out the river crossings and cause a landslide to disrupt the movement of the troops of North Vietnam. This can easily be regarded as the first massive effort in the direction of weather manipulation that was carried out for military purposes, although it is still not too clear on how it turned out.

What Is Cloud Seeding and How Does It Work? 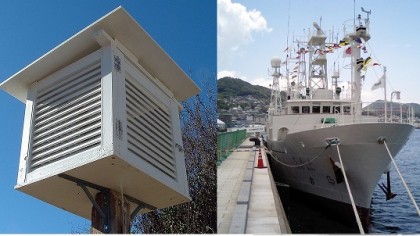 Water is scarce when a region is ridden with drought but can humans make it rain voluntarily to generate water? Countless experiments have been conducted on cloud seeding over the years which suggest that humans might, in fact, be able to create rainfall artificially.

Cloud seeding is basically a method using which the amount of rain might be increased. Rainfall takes place when supercooled water droplets form ice crystals. Then, these become too heavy and cannot remain suspended in the air. Therefore, they fall and more often not, melt to form rain on their way down.

It is interesting to note that even in the driest areas there is usually some amount of water in the air. This water can be collected and turned into ice crystals through atmospheric seeding with several chemicals such as dry ice and silver iodide.

Despite experiments and studies over the decades, it is still challenging to carry out such controlled experiments and difficult to ascertain if they will actually work. However, with the advent of geoengineering and numerous researches that have been carried out over the years, we are many steps closer to actually controlling the climate and manipulating the weather.

That said, the jury is still out on whether or not these experiments are favorable to the planet or can create undesirable effects in the long term. In any case, research continues, and there seems to be a split opinion on whether or not we can carry out weather manipulation to our advantage.

If the answer is in the affirmative, we can save the planet and the future generation from a whole lot of trouble!

Earliest Humans Were Around 100,000 Years Ago