Imagine a universal controller that works across ALL of your devices and with every video game ever made. Imagine no more. The All-Controller is here. Well almost. The Kickstarter campaign to turn this idea into a reality is up and running.

The All-Controller, is exactly that, a controller that works with (almost) everything. Universal controllers aren’t a new idea but the All-Controller has taken the idea one step further and created a product that makes the connectivity to diverse platforms really easy.

The handset runs on both cable and Bluetooth mode and connects easily with Mac, PC, Android, iOs as well as the big console makers, Xbox and PlayStation. To connect to the consoles you’ll need the custom USB adapter. This will allow the device to connect to the Xbox 360, Xbox One, PlayStation 3 and PlayStation 4. The device also hosts 11 USB drivers, making it possible for wireless use with any Windows, Mac, Linux, or Android game.

Where the All-Controller sets itself apart from its competitors is the addition of an LCD screen. The screen allows gamers to easily navigate through what device they want to pair the controller with. The screen makes connecting and reconnecting to various platforms simple and visual. 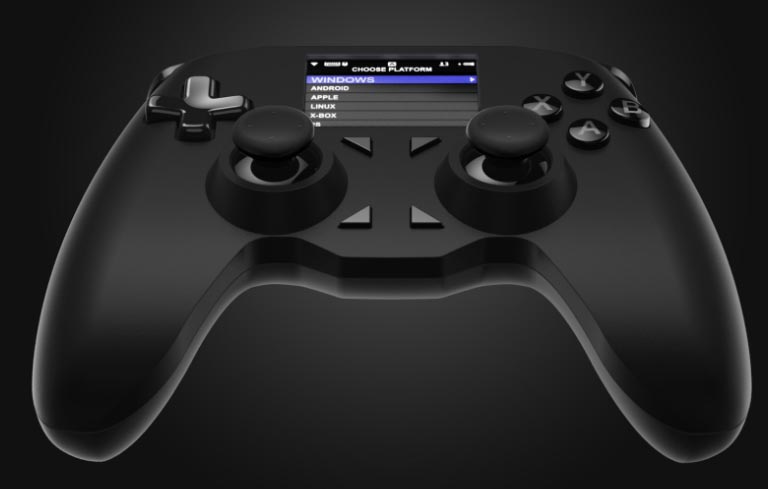 For something that claims to do everything, the design of the handset looks pretty smooth. Cleverly it hasn’t been dominated by one platform too much, though you can see the PlayStation similarities straight off the bat, there are design features from other controllers too. The twin joysticks hint at Sony controller for example. 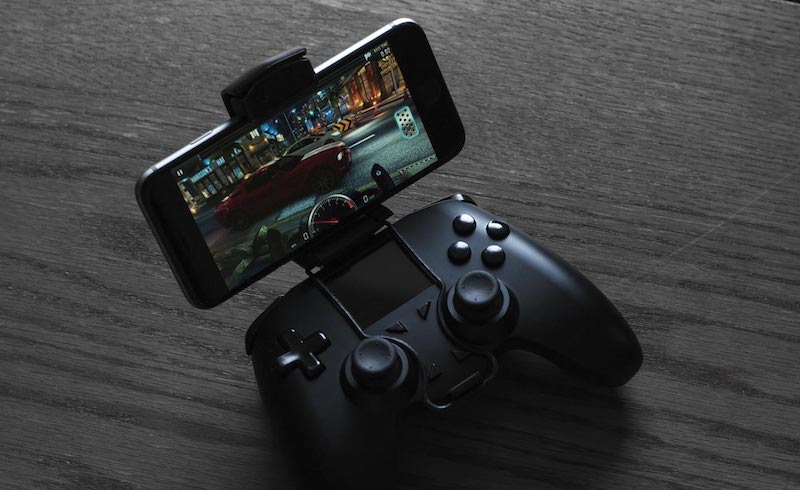 Andrew Liszewski, from Gizmodo, was lucky enough to get his hands on a pre-production model of the universal controller and ran through some of his experiences. He comments in his review of the universal controller that its feel and design is a testament to the creators' love of gaming. He says, “The creators of the All Controller are first and foremost gamers, and they seem to have worked hard to ensure their gamepad doesn’t feel like the cheap third-party controller you bought because it was the most affordable way to let your friends play too. This feels like a first-party controller.”

The Kickstarter for the universal controller is off to a racing start already hitting their $75, 000 USD goal with 40 days to go. The FAQ section of the campaign page hints that a bunch of stretch goals will be announced shortly that will offer backers the chance to choose their controller color and layout.

The team seems really ready to have a dialogue with their biggest fans and are even keen to hand over the design of the product to the very tech savvy out there. In response to a question about whether they would consider supplying a Software Development Kit (SDK), the All-Controller team replied "Yes. We want you to be able to modify the ALL controller to its core so we're including a free SDK for anyone to download. Change the graphics of the user interface and create larger and more complex macros. Design programs and features that we’ve not even thought of. Utilizing the SDK will give you far more control of the ALL controller."

Gamer Builds a Gargantuan Computer Inside Minecraft, to Play Games on It?

A New Camera Can See Through Almost Anything, Including Human Tissue and Bones