Can Technology Cause Anxiety and Depression?

Man's grasp of technology has made our lives infinitely easier than our forebears, but could the cost be anxiety and depression?

Can technology cause anxiety and depression? You probably have your own view on this, but let's have a look.

To answer this question we first need to understand what anxiety actually is.

Whilst most people will have these feelings from time to time, it can lead to anxiety disorder which can be crippling to sufferers. This usually requires medical intervention to treat the condition, but not always.

It is estimated that around 40 Million Americans currently suffer from some form of anxiety disorder today. This makes it, by far, the most common mental disorder in the U.S.

Of these, it is estimated that only 37% of them have sought active treatment.

Anxiety is actually a very natural emotion and is, in part, hardwired into our brains. "Fight-or-flight" triggers helped keep our ancestors alive during encounters with predators and other dangers.

Whilst mankind has alleviated many of these threats, thanks to our grasp of technology, the wiring is still there but modern triggers are very different indeed.

Today "fight or flight" responses can be triggered by work, money-worries (this is a huge one), health, family life, and a myriad other factors out of the scope of this summary.

For sufferers of anxiety disorder, this perfectly natural response can be out of proportion to the perceived threat, or trigger.

According to the APA "People with anxiety disorders usually have recurring intrusive thoughts or concerns. They may avoid certain situations out of worry. They may also have physical symptoms such as sweating, trembling, dizziness or a rapid heartbeat."

Once anxiety reaches the stage of a disorder, it can interfere with daily function.

But is technology contributing to the apparent growth in anxiety problems seen in the modern world?

What types of technology are affecting people's mental health?

Technology has made our lives inexorably more efficient and easier compared to generations past. It has freed us from many mundane tasks and given us more free time to, in theory, partake in more leisure activities outside of working to live.

Yet despite this, some technologies might be making us less happy than our ancestors. Whilst many political ideologies will have their view on why it can be argued that some technologies are not exactly helping the situation.

This would make technology a double-edged sword of types. It has made us more efficient and more time-rich than any generation before use, but it might have come at a cost.

Many occupations today require at least a fundamental grasp of technologies like computers. Their use may be responsible for an increased rate of depression in the population, especially those how to use them for many hours a day.

Whilst correlation does not mean causation, technology may, in part, be contributing to anxiety and depression. Here are three ways in which technology can affect your mental health.

1. The internet is a very real double-edged sword

Not since the rise of the printing press has any-one technology had such an enormous impact or human civilization. Never before have people had access to so much information, so easily.

Its impact has been, more or less, all-pervasive destroying old jobs but creating many, many more in their wake. This has led many to believe we are on the brink of a new industrial revolution with all the creative destruction that brings.

Yet, our brains might not be up to the task of being bathed in so much information, all the time. The constant influx of information we are exposed to today might be literally changing our brains.

The human brain is an incredible piece of wetware and it can adapt to this, to a certain extent. Yet in doing so, much like a drug addict, the brain grows to expect constant stimulation.

You will only ever notice this if you are away from the internet for hours or days on end. You may feel that "real-life" is slow or even boring.

This kind of feeling is dubbed novelty addiction (aka "popcorn brain", and can lead to some more serious mental health issues like depression. In essence, thanks to the opportunities the internet provides, it leaves users constantly searching for new experiences to get a "hit" of dopamine.

There are some studies, like that of Leeds University, that do seem to support a link between depression and internet use.

"Our research indicates that excessive internet use is associated with depression, but what we don’t know is which comes first — are depressed people drawn to the internet or does the internet cause depression?"

2. Smartphones are a big problem

Smartphone addiction is, technically speaking, a subset of a wider internet, or novelty, addiction. But since it is so prevalent today it is worthy of its own distinction.

Many users will be familiar with a special kind of separation anxiety that forgetting or losing your smartphone brings. This is not too dissimilar to who some dogs feel when their owners leave the house for a few hours - it can feel like the end of the world.

The smartphone has given its users unfettered access to the internet and all the benefits, are pitfalls, that brings. You can keep in contact with friends and family around the world 24/7.

But, some studies have shown that heavy smartphone use could be seriously affecting your mental health. In 2012, The University of Gothenburg made some interesting findings.

A combination of both heavy computer use and heavy mobile use makes the associations even stronger."

It is widely known, for example, that exposure to blue light just before bed, or whilst asleep, can disrupt your REM sleep cycle. Needless to say, this will impact on your mood the following day.

Another study by Baylor University, in 2015, also seems to support this. According to their research, heavy smartphone users tend to be "more prone to moodiness, materialism and temperamental behavior, and are less able to focus their attention on the task at hand".

"Much like a variety of substance addictions, cell phone addiction may be an attempt at mood repair… Incessant checking of emails, sending texts, tweeting, and surfing the web may act as pacifiers for the unstable individual distracting him or herself from the worries of the day and providing solace, albeit temporarily, from such concerns."

Smartphones also come with other trappings like constant access to your emails. This can lead to compulsive obsessive checking of them day and night.

3. Social media could be a big cause for anxiety and depression

This one is a biggy. Whilst social media has some great benefits for people, it can also lead to some serious mental health issues like anxiety and depression,

After over a decade of widespread social media use by billions of users, it seems social media could be more harmful than beneficial. For example, many people who visit Facebook daily may see their mood's shift into the negative.

A 'keeping up with the Joneses' effect can result as you compare your life to those of your friends and peers. Jealousy and even envy are completely understandable and natural responses to this but constant exposure to this could affect your long-term mental health. 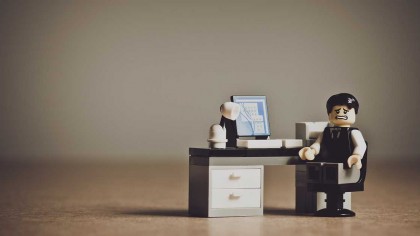 For some, this can lead to feelings of inferiority and all the trappings that way of thinking leads.

Many have suspected this dark side of social media for years. But an interesting study in 2015, by the University of Missouri, seems to put some flesh on the bones.

"If Facebook is used to see how well an acquaintance is doing financially or how happy an old friend is in his relationship — things that cause envy among users — use of the site can lead to feelings of depression.

We found that if Facebook users experience envy of the activities and lifestyles of their friends on Facebook, they are much more likely to report feelings of depression."

But it should be born in mind that social media has also opened up many doors for making useful connections in your life. More professional-orientated sites like LinkedIn has made connection building easier than ever before.

But even here you might feel professional anxiety as your peers appear to be getting ahead whilst you are treading water. It's a completely natural human emotion but one that must be kept in check.

So in at least three areas highlighted above, technology might be seriously affecting our collective mental health. But this doesn't mean that technology as a whole is bad for us in the long run.

But younger generations appear to be coming around the idea of "disconnecting from the grid". Perhaps we are about to see a major blowback to social media and the internet by users as they realize that the real world isn't that boring after all.

Perhaps we need to relearn the teachings from the past. "Everything in moderation" as the saying goes.