Can You Break the Wiedemann–Franz Law? This Team of Scientists Believes So

A team of scientists has shown that the long-established Wiedemann–Franz law might not be all that it cracks up to be.

A team of researchers has recently published a study that they believe shows that the widely revered Wiedemann–Franz law could be flawed. Using super-cooled fermionic lithium atoms the team appears to have demonstrated that the law breaks down at the quantum level.

This discovery is not just interesting, it could open up new avenues to test novel applications for the thermoelectric devices of the future.

What is the Wiedemann–Franz law?

The Wiedemann–Franz law was first formulated in 1853 and describes the connection between thermal and electrical conductivity in metals with freely moving electrons.

It is given by the formula:-

This basic formula can then be derived to include other variables like non-homogenous materials (like gases), temperature gradients, heat flow direction and so on.

In its modern form, the law basically states that at any fixed temperature there exists a ratio between thermal and electrical conductivity is constant.

It has been traditionally understood that, in things like metals, when the temperature increases the velocity of any free electrons increases. This results in an increase in heat transfer but also increases the collisions between metal lattice ions and its newly excited electrons.

This leads to a drop in the material's relative electrical conductivity.

Before this study, it appeared that this ratio was universal and was, therefore, the same for an amazing range of metals and conditions.

Despite this, it has been noted that these 'universal' conditions break down when the heat carriers interact with each other (during melting, for instance). This has been noted in a small sample of exotic metals with strongly correlated electrons.

How does this experiment contradict the law?

Dominik Husmann, Laura Corman and colleagues of the Tilman Esslinger at the Institute for Quantum Electronics worked in collaboration with Jean-Philippe Brantut at the École Polytechnique Fédérale de Lausanne (EPFL).

Their recently published paper in the journal Proceedings of the National Academy of Sciences seems to have found that a range of interesting behaviors occur when metal fermion atoms interact with one another in a coupled heat transport system.

For their study, they employed fermionic lithium atoms as their carriers and cooled them to sub-microkelvin temperatures and confined them using laser beams. Starting out with a few hundred thousand in two discrete reservoirs they were able to independently heat one or the other at will.

Once a temperature difference was achieved between the two (by irradiating one of them with a laser), another tiny laser defined and controlled restriction, called a quantum point contact, was opened to 'connect' the two. 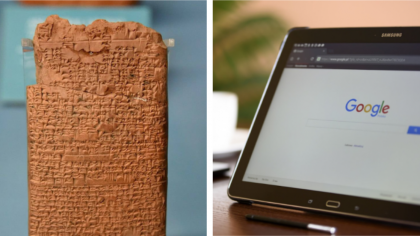 15 of the Most Important Algorithms That Helped Define Mathematics, Computing, and Physics

However, when the team calculated the ratio between the thermal and particle conductivity of the system, it appeared to be an order of magnitude 'out of whack' from what the expected result predicted by the Wiedemann–Franz law.

It appears that their experiment evolved into a state where heat and particle transfer currents disappeared long before any semblance of equilibrium between the two reservoirs was achieved.

Not only does this provide new challenges for the microscopic modeling of interacting fermions systems but could open pathways to find new concepts for thermoelectric devices. These could include the likes of coolers and engines that are based on interconverting temperature differences into particle flow and vice versa.

The paper was published in the journal Proceedings of the National Academy of Sciences.