Can You Control a Vehicle by Using Your Mind?

A successful experiment regarding mind controlled vehicles was held inside the laboratory of biomedical engineering at the University of Minnesota by professor Bin He. There few people controlled and navigated a flying robot by using their thoughts. 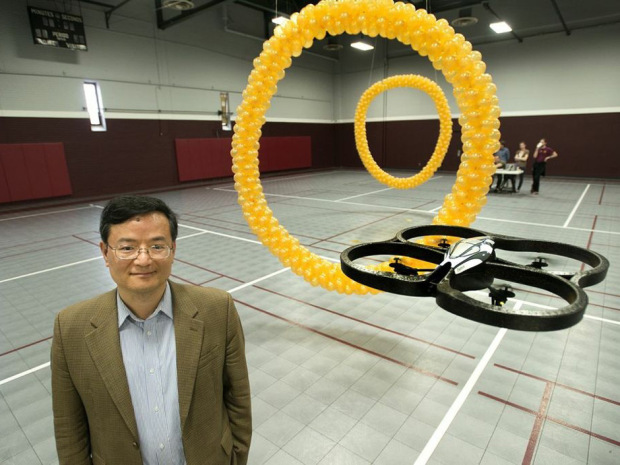 Now it may look like a science fiction and something for having fun, but in the future the technology could allow disabled people who suffer from heavy neurodegenerative diseases to serve themselves without the need of a nurse or a caregiver. Brain surgery is not required to use the device, considering that brain waves (EEG) are detected by electrodes of an EEG cap on the scalp, instead of a brain implanted chip.

Professor He stated that his career is dedicated to the development of 3D brain-computer interfaces (BCI) and proving that BCI could work not worse than an invasive chip. His work has been published in the Journal of Neural Engineering.

"We were the first to use both functional MRI and EEG imaging to map where in the brain neurons are activated when you imagine movements," he says. "So now we know where the signals will come from."

The device consists of 64 electrodes located on the scalp cap which observe the neural activity of the brain. Each electrode detects signals or lack of signals and this information is forwarded to a computer which transforms the pattern into an electronic command. At first, volunteers learned to navigate 1D movement of a cursor on a screen, followed by 2D cursor control and next – 3D control of a virtual helicopter.

After all that virtual training volunteers learned how to pilot remotely a real vehicle – AR drone (AR = Augmented Reality). The EEG brain signals are transformed into commands, after which they are forwarded to the robot via WiFi.

"I think the potential for BCI is very broad," says He. "Next, we want to apply the flying robot technology to help disabled patients interact with the world.

"It may even help patients with conditions like stroke or Alzheimer's disease. We're now studying some stroke patients to see if it'll help rewire brain circuits to bypass damaged areas."