Canadian scientists have developed a beer made from the stocks, stem, and roots of the cannabis plant instead of the traditional barley.

As the craft brewery movement continues to explode across the world, brewers need to think up more and more tastes and techniques to keep ahead of the curve. The latest beer to come out of the beer test kitchens is made using the stocks, stem, and roots of the cannabis plant.

The cannabis replaces the barley traditionally used in the brewing process and results in a non-alcoholic and gluten-free drink that will give you a bit of a buzz. It wasn’t all smooth sailing for the Canadian scientists from the startup, Province Brands, who developed the cannabis beer though, they told The Guardian that early attempts at perfecting the drink resulted in an amber liquid that tastes like rotten broccoli.

Beer can hit you with a big high very quickly

The winning formula now reportedly has a “dry, savory, less sweet than a typical beer flavor.” But be warned the psychoactive effects of the tetrahydrocannabinol, or THC, can hit you quickly.

The scientists say they are on a mission to make a beer that gives the same intoxicating effect as drinking a single alcoholic one. The beer's development comes shortly after Canada ruled to make marijuana recreationally legal across the country.

There are other cannabis beers on the market but most are infused with Marijuana oil says Dooma Wendschuh from Province Brands. “That’s not what we do. Our beer is brewed from the stalks, stem, and roots of the cannabis plant.”

Edibles market expected to be worth millions of dollars

The race to get in on the edibles cannabis market started when the rumors that Canada would legalize marijuana began to circulate. That law comes into effect on October 17 and the legalization of edibles, that is food or drinks contain THC, is expected to follow a year later. 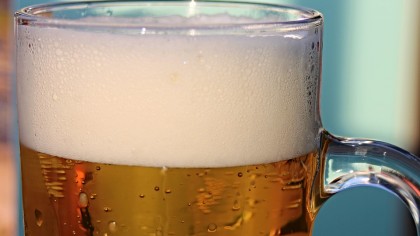 After edibles became legal in Colorado, the industry boomed and observers think the same could happen in Canada. They estimate that marijuana-related products and services could eventually be worth between $9 and $16 billion USD in Canada.

Startup has big plans to change the drinking culture

The company now plans to build a Canadian $50m brewing facility that will produce different beers using different flavors and strains of cannabis, much like the way a traditional brewery produces lagers, stouts, and ales. Province Brands has cleverly developed their beer using the stocks, stem, and roots of the cannabis plant, a part that is typically a waste product for growers.

“We take them off the grower’s hands, saving them the cost of hiring a licensed disposal company to dispose of them,” explains Wendschuh. Wendschuh has the vision to offer a real alternative to alcohol. "If I could create an alternative to alcohol, that’s something that would change the world,” he said. “That’s something I’m very passionate about.”