The tool called REVOLVER tracks stage-specific tumor information enabling a more proactive approach to the treatment of the disease.

Just as quickly as artificial intelligence (AI) has evolved in the 21st century, the capabilities of AI systems also continue to grow: from employing the technology to quickly and accurately diagnose illnesses to a whole range of other uses.

One area in which this technology is now being considered is in tracking the spread and growth of cancer cells. Researchers have developed an AI system, REVOLVER (Repeated evolution of cancer), which allows doctors to do just that: it offers stage-specific information about cancer, which in turn allows a more proactive approach to treatment and the prevention of the cells from growing any further.

The numbers game behind cancer

Among the illnesses listed as the leading causes of death, according to the Centers for Disease Control (CDC), cancer ranked second with 595,930 cases in the United States alone for the year 2015.

Given this information, accurately tracing cancer cell growth becomes critically important. To achieve their results, the research team applied a multi-region sequencing technique to four types of cancer: colorectal, breast, renal, and lung, three of which represent the most common forms according to the World Cancer Research Fund.

The machine learning method was used with a total of 768 tumor samples obtained from 178 patients. The result was a consistent ability to detect genome changes that occurred as the tumor grew.

“We’ve developed a powerful artificial intelligence tool which can make predictions about the future steps in the evolution of tumors based on certain patterns of mutation that have so far remained hidden within complex data sets," said study lead Dr Andrea Sottoriva, from the Evolutionary Genomics and Modelling division at the Institute of Cancer Research (ICR).

A dynamic approach to cancer treatment

“With this tool we hope to remove one of cancer’s trump cards – the fact that it evolves unpredictably, without us knowing what is going to happen next. By giving us a peek into the future, we could potentially use this AI tool to intervene at an earlier stage, predicting cancer’s next move," further explained the researcher. 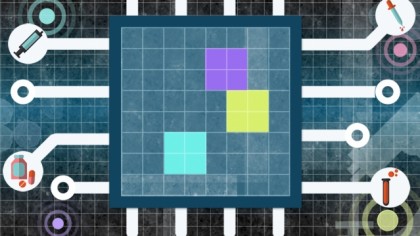 This means that REVOLVER, then, is a big step in the evolution of mathematical oncology research, which though not new, is greatly enhanced thanks to advances in AI systems. "It is an example of how the power of AI to detect complex patterns in data can be harnessed to further our scientific understanding to improve human health," said joint study leader Guido Sanguinetti, from the School of Informatics at the University of Edinburgh.

As for the ICR, the study opens many doors for patients. "This new approach using AI could allow treatment to be personalized in a more detailed way and at an earlier stage than is currently possible, tailoring it to the characteristics of each individual tumor and to predictions of what that tumor will look like in the future," said Paul Workman, Chief Executive of the institute in London.