Captain America seems to have some strong opinions about modern technology.

Steve Rogers, or as he is formally known, Captain America, just hasn't been the same since the events of Civil War, and who can blame him.

He has had to fight off hordes of aliens in the Battle of New York, found out most of his peers worked for Hydra, wiped out most of Sokovia and had his butt kicked by Thanos.

Not to mention, Cap has struggled with the modern era because of the fact that he is from the 1940s and woke up in 2011. 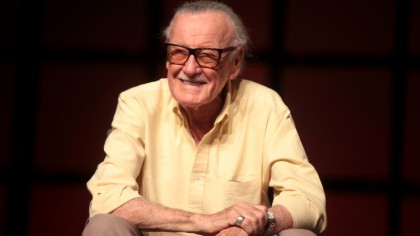 Almost like something the Marvel character would tweet, the Captain America actor, Chris Evans recently shared his frustrations with modern technology.

"Dear All Technology, Remember the 90's when you just WORKED??? I don't need a 'smart' feature on my TV, thermostat, lights, music, refrigerator, security cameras, and f-ing car. You're a major pain in all of our asses. You're not worth it. Signed, Everyone."

Dear All Technology,
Remember the 90’s when you just WORKED??? I don’t need a ‘smart’ feature on my TV, thermostat, lights, music, refrigerator, security cameras, and f-ing car. You’re a major pain in all of our asses. You’re not worth it.
Signed,
Everyone

you really were meant to be steve rogers

No one knows why the Captain America star has so much hostility towards modern technology but the internet couldn't help but draw parallels between Chris Evans and his technology-challenged persona, Steve Rogers.

Of course, since all that is Marvel currently runs at the core of modern culture, there were plenty of responses to the Captain America tweet, sending the Twittersphere into a hilarious frenzy.

Speaking like someone who was frozen asleep for 70 years and woke up in the 21st century Cap.

we hear you, Cap pic.twitter.com/CDYSiOAdMs

These tweets were all perfect. Yet, Twitter seemed to even agree with Evans, sparking another barrage of tweets, memes, and videos. Perhaps Chris Evans is trying his best to stay in character for round two with Thanos?

Best part is when they all won’t “sync” but you call the company and they say “we don’t know what is going on. That device is compatible”

Maybe Steve Rogers is currently watching all the cool tech coming out at CES 2019 and is a little overwhelmed?

Nevertheless, hopefully, Captain America will be more open to technology in the near future as Cap and his Avengers team are going to need some impressive technology to actually beat Thanos in Avengers Endgame.

Interesting Engineering is curious what Tony Stark has to say about all of this.

I know a guy who knows a bit about tech that can help him out. pic.twitter.com/QI1qq1rb3E